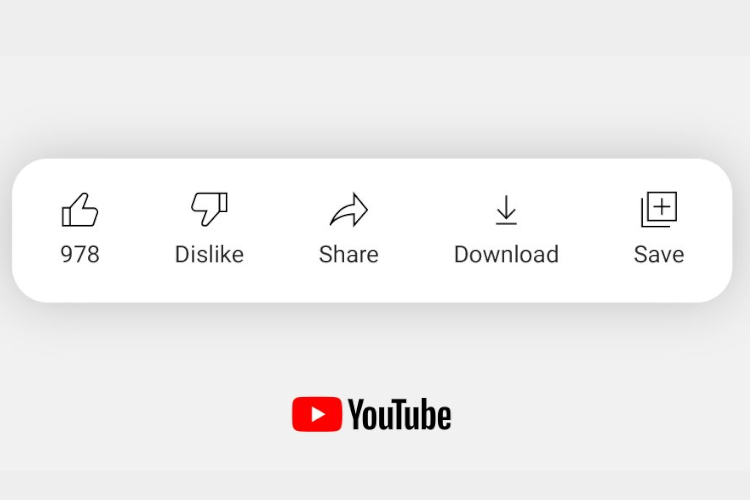 In a significant move that could potentially change viewer behavior on the platform, YouTube has decided to remove dislike counts from videos. However, the dislike button isn’t going away, and dislikes will now be visible just to the creator. Going forward, viewers can choose to dislike videos without seeing the number of dislikes a video has received.

YouTube is making dislike counts private to avoid targeted harassment or “dislike attacks”, as the company puts it. As mentioned above, the change won’t affect YouTube creators. Creators can continue seeing the exact dislike counts in YouTube Studio to know how their content is performing in the platform.

The announcement comes after YouTube conducted an experiment to hide dislikes with limited users. During this experiment, the Google-owned streaming giant noticed a reduction in dislike attacking behavior. Moreover, it also found that this targeted disliking happens more on channels from smaller creators.

“We heard during the experiment that some of you have used the public dislike count to help decide whether or not to watch a video. We know that you might not agree with this decision, but we believe that this is the right thing to do for the platform,” wrote the company in a blog post.

Since YouTube will no longer show dislike counts, YouTube Rewind 2018 will go down in history as the most-disliked YouTube video of all time. According to Wikipedia, YouTube Rewind 2018 garnered 19.67 dislikes (and just 3 million likes) before the count went private. Speaking of Rewind, the company also decide to stop making year-end Rewind videos earlier this year.

While YouTube’s decision to hide dislike counts will help creators, it would inevitably make it quite difficult for viewers to decide if a video is worth their time, especially if it is an educational video such as tutorials. Although YouTube won’t agree, it could also result in scammers taking advantage of the situation to appear legitimate. What do you think? Let us know in the comments below.