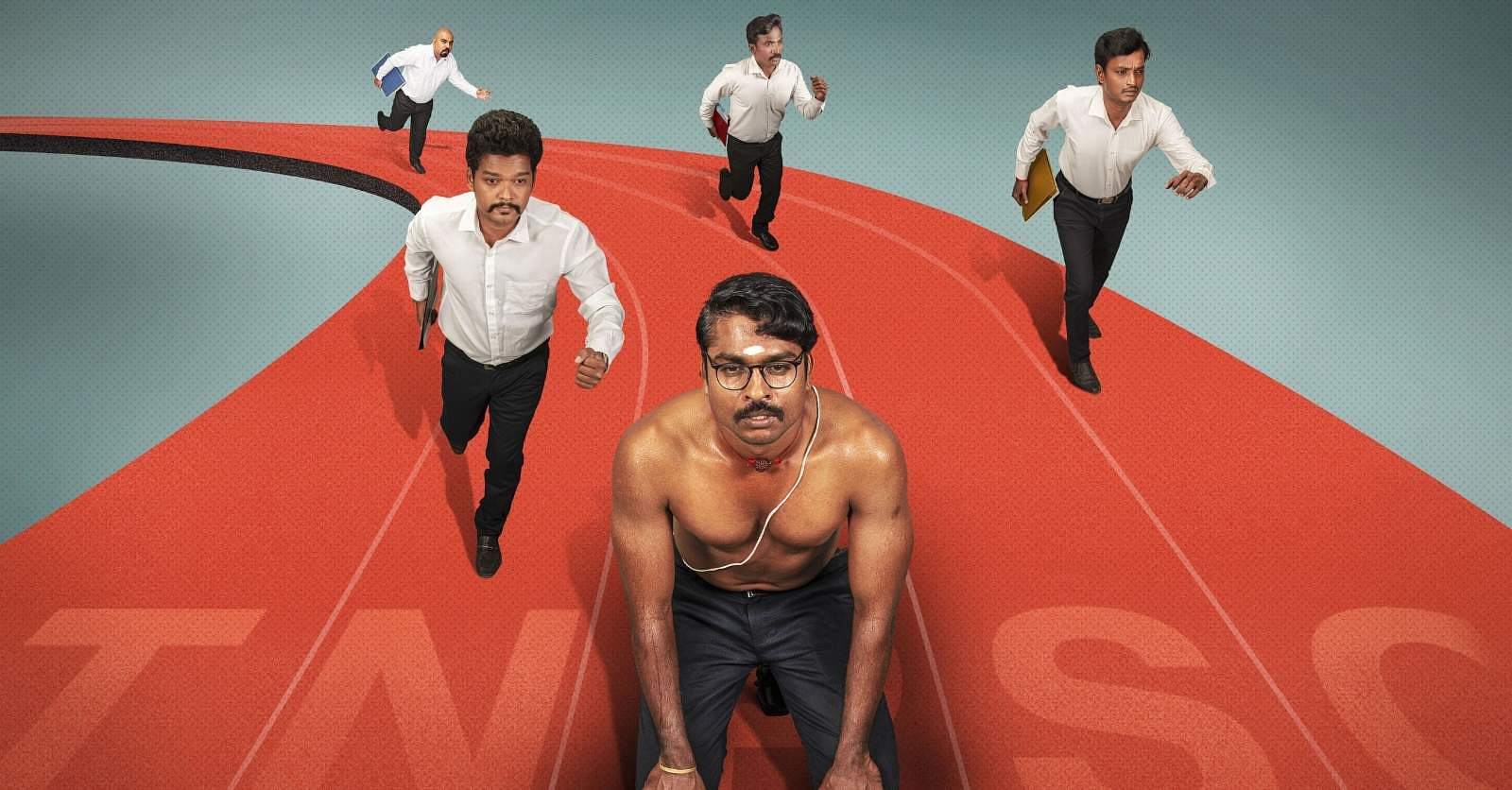 Debutant Prabhu Jayaram’s Yennanga Sir Unga Sattam is a marriage of two unrelated stories separated by the interval. Though the film banks heavily on the seriousness of the second half that is filled with social commentary, it is, in fact, the light-hearted first half, even despite some problematic portrayal, that actually works. Up till the interval, we are shown the tale of a hopeless romantic, interlaced with comical remarks on caste and religion. After interval, we get a more unpolluted take on these issues. The film aims for the skies, but the convoluted writing ensures that it never rises above the ceiling.

The creamy layer in the caste-based reservation system, which strips off the benefits of economically sound people belonging to backward communities, is still a point of contention. Even in a recent court hearing, it was observed that economic criterion cannot be the sole basis for identifying the ‘creamy layer’ of a backward class and that other factors like social advancement, education, employment, matter too. And yet, for a film that speaks of revising the reservation system, this never gets into such nuances.

For starters, that this film speaks of a Dalit and a Brahmin, two youngsters who aspire to be a priest and government officer respectively, in the same breath, feels unfair. The portrayal and execution make things worse. There are two main Dalits in this film: The ‘good’ dalit Nandhan is timid and doesn’t raise his voice even when getting slapped by a stranger. The rebel dalit, fighting against injustice, however, is shown to be a habitual drinker and smoker, despite being a priest on one end and is advised by others to control his completely reasonable rage. His name? ‘Ranjith’ Dasan! All that the director builds with dialogue against oppression is often undercut by such offensive portrayal.

The disparity in the backstories of Nandhan and the Brahmin youngster, Jayaram, is obvious too. While the latter gets detailed stretches showing him as a kind, well-mannered person, with a traumatic past that results in him underperforming in a crucial interview. Meanwhile, Nandhan, we are told, is just timid. There’s no backstory here. He just is.

Rohini’s selection officer Bhadrakali, who advocates that only the most financially needy candidate should get the job, resorts to malpractice and cybercrime to restore the balance. The priest interview on the other hand isn’t any better, morally.

Yennanga Sir Unga Sattam is probably among the few films to touch upon discriminations faced by a section of Brahmins who do the final rites (Soundi Brahmins). It is important documentation, sure, but to compare it with the struggles of an oppressed community feels unsettling. The comparison is apples to oranges.

The first story of the film, featuring RS Karthik as the hopeless romantic JP, also reeks of wrong representation and stereotypes. JP’s Brahmin girlfriend overdoes the Iyer accent and goes to CA classes; the Muslim girlfriend on the other hand sells biryani.

The strength of this filmmaker is clearly comedy. The funny episodes where JP tries to be a ‘vivasaya‘ film director or the stretch where he believes that he is a gangster and begins shouting, “Chennai engaldhu da!” on top of high-rise buildings are a riot! It’s a film that would have been better served digging deeper into these spaces.

Yennanga Sir Unga Sattam, on the whole, is cacophony, despite having enjoyable stretches. It tries to do too much, resulting in an experience akin to watching politicians yell in the parliament. Individually, each person may have a point, but when speaking at once, it all feels like gibberish.