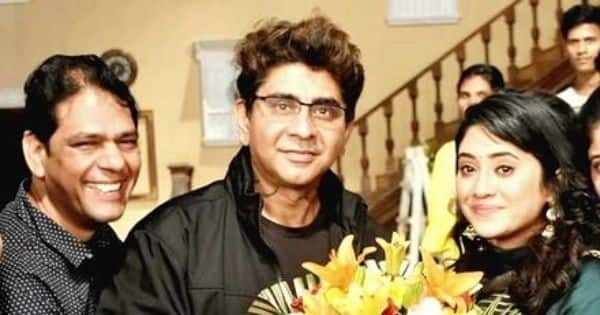 Rajan Shahi wrote, “29 years of my career as director producer in this industry have never come across a human and dedicated actor like you. I hope every production house maker and channel is as lucky and fortunate to have experienced this power of talent hard work standing by channel makers from day one till end like you did.” He said that lead actors of top TV shows do tend to question makers and channel in a journey that is as long as six years, but Shivangi Joshi always stood by everyone. Shahi said that Mohsin Khan and she were true professionals and that is how they complimented one another. Also Read – Trending TV News Today: Munmun Dutta-Raj Anadkat’s picture goes viral, Ami Trivedi to play Harshad Chopda’s mother in Yeh Rishta Kya Kehlata Hai and more

It seems the whole unit was in tears at Shivangi Joshi’s farewell. They thanked her and her mom, Yashoda Joshi. Rajan Shahi wrote that for the first time he wept in front of his unit and reveals he was moved emotionally. He said that no one wanted her to leave Director’s Kut Productions ever but realised that she has a long journey ahead. Also Read – Yeh Rishta Kya Kehlata Hai: Papad Pol actress Ami Trivedi to play Harshad Chopda aka Abhimanyu’s mother