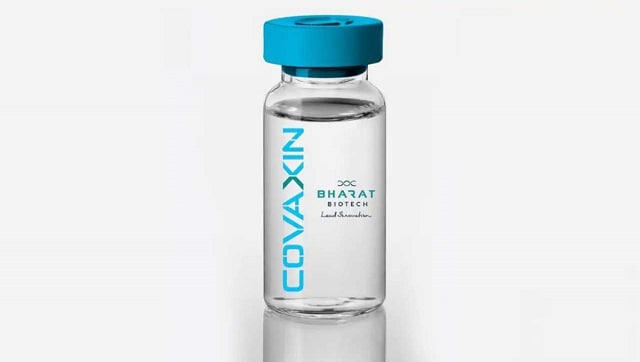 Some countries had issued individual orders for individual vaccines and they perhaps need to issue separate orders for approving Covaxin, Bagchi said

New Delhi: The WHO’s approval to Covaxin earlier this month would bring about a significant improvement in the ease of travel for vaccinated Indians and India is also taking up with countries that are issuing separate orders for individual vaccines to recognise the Bharat Biotech-manufactured COVID-19 jab, the Ministry of External Affairs said on Thursday.

Ministry of External Affairs (MEA) Spokesperson Arindam Bagchi said 96 countries have either accepted WHO-approved vaccines, which would include both Covishield and Covaxin, or in some cases only Covishield or Covaxin.

“But we hope that with the WHO approval to Covaxin, this list will be enlarged and all 96 or more countries will accept both vaccines. I think that is a significant improvement in the ease of travel of vaccinated Indians abroad,” he said.

vaccination certificates with India, Bagchi pointed out that on the Ministry of Health and Family Welfare webpage as well as on that of the Ministry of External Affairs, one will see that as on November 9, there are two types of lists — one high risk category countries and another category A.

The new revised guidelines for entry into India broadly sticks to the same nomenclature, he said. Bagchi said the countries that either acknowledge WHO-approved vaccines and those that accept our vaccines are on that list of Category A.

He said 96 countries have accepted WHO-approved vaccines or have recognised our vaccines.

“In a significant development, India developed and produced Covaxin was accorded the emergency use licencing by World Health Organization (WHO) earlier this month on November 3. This should ease international travel of those vaccinated with Covaxin. Many countries already recognize WHO-approved vaccines and now with Covaxin joining this list that should become automatic,” Bagchi said.

Some countries had issued individual orders for individual vaccines and they perhaps need to issue separate orders for approving Covaxin, he said, adding that India is taking up the matter with those countries.

Some countries have also accorded on their own national regulatory clearance to Covaxin and so this list of countries that accept Covaxin may be further enlarged, Bagchi said. On the export of vaccines, he said that keeping in mind India’s domestic requirement, it has resumed its overseas supply of vaccines.

Some shipment have already taken place while others are in the pipeline including through the Covax facility, Bagchi said.