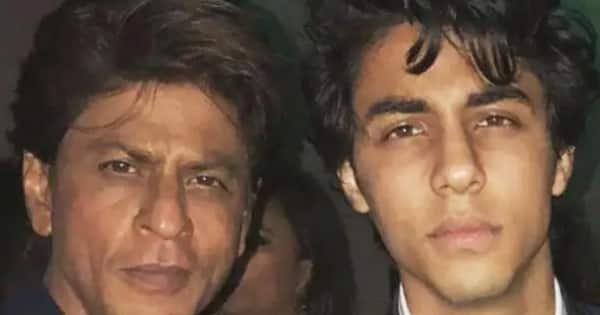 Well, recently we saw Aryan Khan’s personal pictures with his daddy cool on Facebook. Yes, but the facebook account does not belong to Aryan. You read that right! Imposter accounts are nothing new and fraudulent profiles have been around for years now. They take fans for a ride and play with their emotions. As we all know, celebs and their star kids hold the power to decide whether they want to connect with their fans or not. The issue with imposter accounts is that they create nuisance and pretend to be that celeb. Also Read – Salman Khan proves he is yaaron ka yaar; adjusts Tiger 3 schedule for Shah Rukh Khan and Katrina Kaif [Exclusive]

Aryan’s imposter created a fake account of the star kid and is seen sharing personal pictures of family, his friends on the social media handle. He recently shared a post that reads, ‘Hello guys
They trapped me with false allegations to destroy my father’s image.
Please join Twitter and follow Nawab Malik
He is revealing truth every day with facts.
So please support me against this conspiracy.
Your only
Aryan Khan’. Also Read – Aryan Khan becomes ‘quieter’ after coming out of jail; Shah Rukh Khan’s son has no interest in going out or meeting friends – read deets

Along with the note, the imposter shared a selfie picture of Aryan.

According to some reports, Aryan is traumatized and is not talking to anybody, and has also denied meeting his friends. There were also reports which state that Shah Rukh Khan is not planning to hire a personal bodyguard for his son. The actor has postponed all his shoots and wants to with his son in such difficult times.