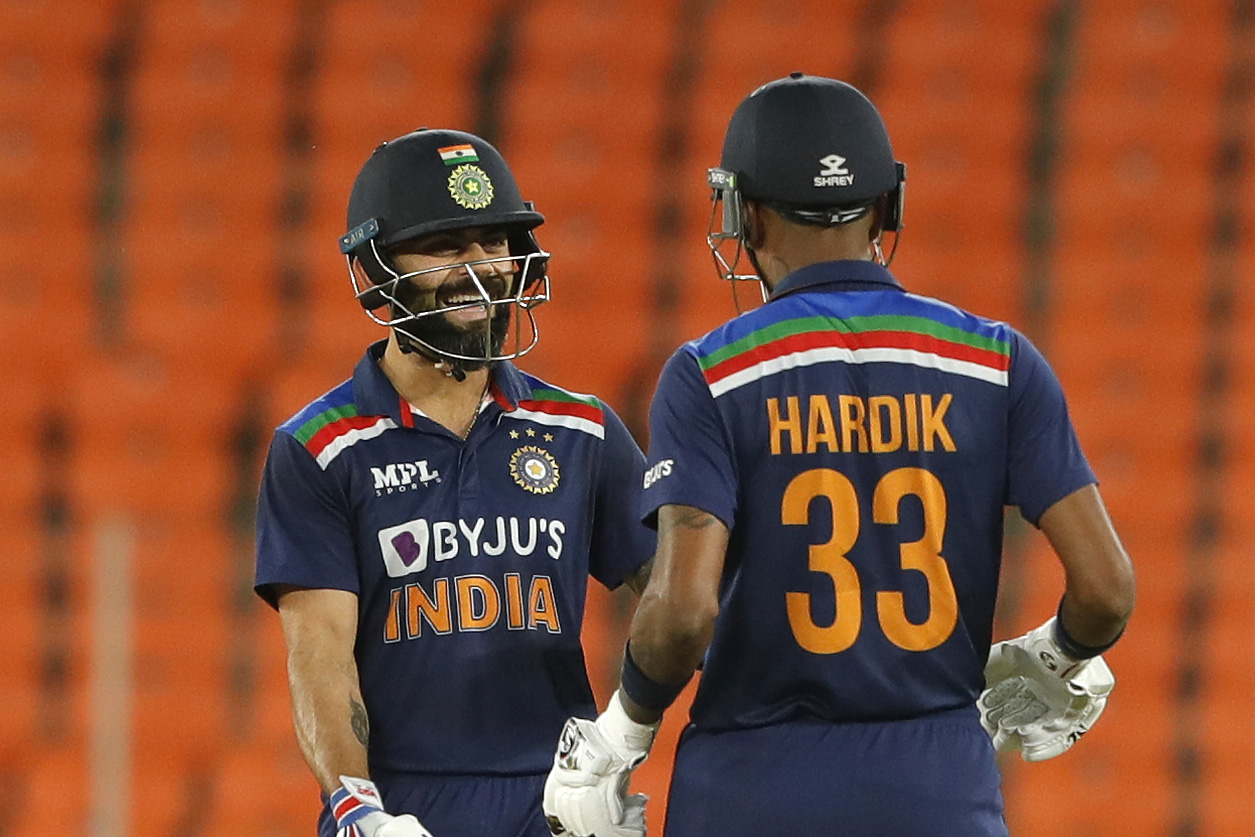 Former England skipper Michael Vaughan had said Hardik Pandya has a chance to replace his skipper Virat Kohli as cricket’s biggest star in coming years back in 2020. His comment came after Hardik Pandya starred with the bat and powered India to a series-clinching win against Australia on Sunday.

The allrounder showcased his immense finishing ability again as India chased down 195 in the second T20I to seal the series with a match to go. He played an unbeaten knock of 42* off 22 balls to take India home with two balls to spare. His knock was studded with two sixes and three fours. Those two sixes came in the final over when India needed 14 runs as he sealed the victory in style.

“He has to look at the next three years,” Michael Vaughan was quoted as saying by Fox Sports.

“With the next T20 world cup being in India, obviously the IPL being in India, the next 50-over World Cup is in India in 2023, Hardik Pandya has got a great opportunity to become the next global superstar.

“MS Dhoni, he had that mantle for many years. Virat Kohli has it now. It’s generally the Indian players that get put onto that pedestal and I think Hardik’s got a chance to be the next superstar,” he added.

Currently, Hardik has been battling with his fitness in the ICC T20 World Cup and has been a cause of concern for team India.