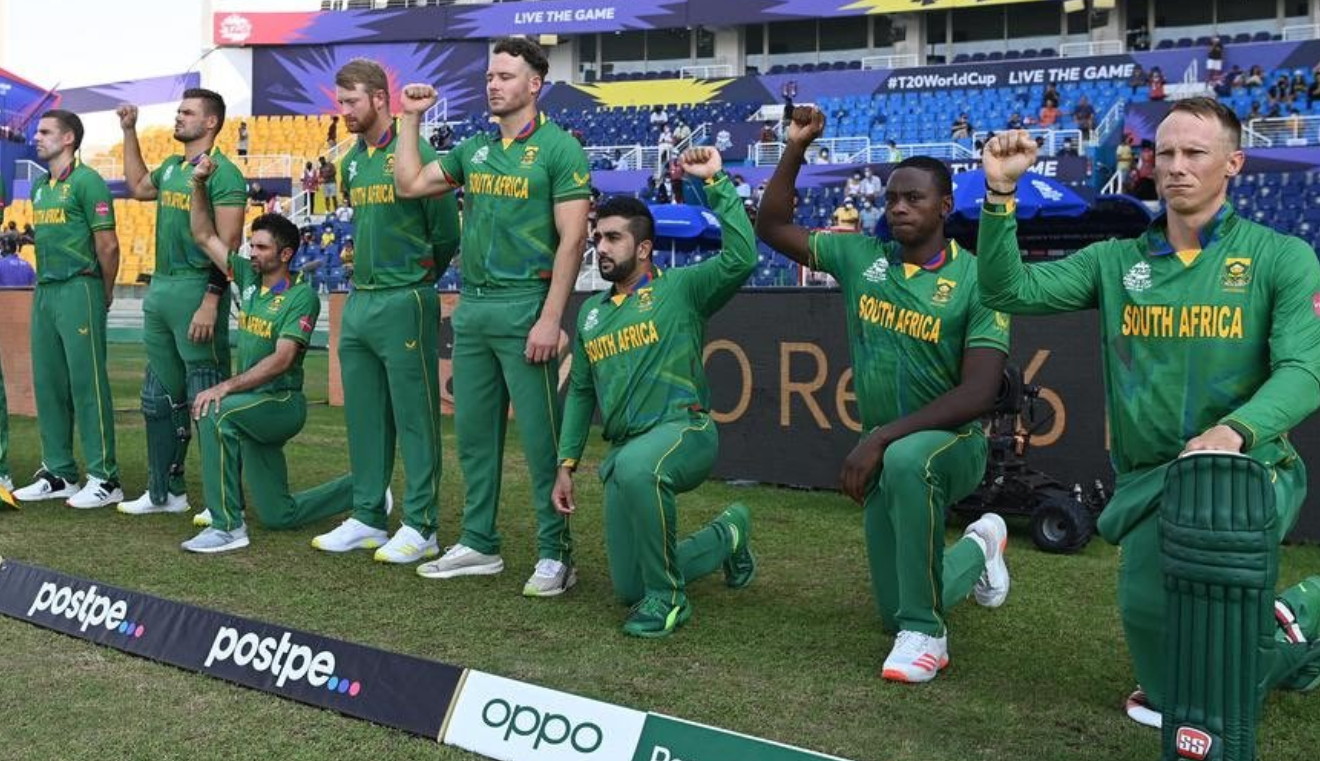 Cricket South Africa did not consult its players before issuing the directive to take a knee in all the matches of the ICC T20 World Cup 2021. On Tuesday, just before the match against West Indies, CSA issued a directive for all players of the squad to take a knee to support the Black Live Matter (BLM) movement.

As a consequence, senior wicketkeeper-batter Quinton de Kock made himself unavailable for the match against West Indies at the very last moment.

We did not consult the team: Lawson Naidoo

CSA chairperson Lawson Naidoo admitted the board did not consult the team players before issuing the directive.

“We did not consult the team. However, there were reports that the team had continued discussing this matter, and were unable to arrive at a consensus position that they could all agree to,” Naidoo told TimesLIVE.

“And the issue was raised by some directors of the board, and what I did then, having just arrived from the UAE, was to consult, urgently, with all of the directors,” he added.

The decision was unanimously agreed: Lawson Naidoo on issuing the directive

De Kock was backfired by many prominent personalities in the cricket world for refusing to support the BLM protests.

Since the team was unable to resolve the matter internally, the board had to intervene and unanimously agree to take the knee.

“And it was unanimously agreed that this was the moment, given that the team were unable to resolve the issue internally, for the board to intervene and to issue a directive that was ultimately agreed upon, and which was communicated to the senior management early this morning (Tuesday, 26 October),” Naidoo said.

South Africa eventually won their match against West Indies by eight wickets and will be a solid contender for the semi-final berth spot from Group 1.

De Kock clarified his personal stance through a release posted by South Africa on its social media handle.