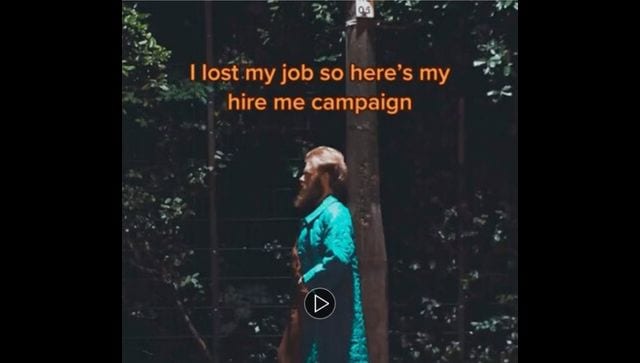 Jaye Beech, a marketing professional, had lost his job during the pandemic, and while most people have taken to platforms like LinkedIn to find vacancies, Beech had a unique idea to search jobs

The ongoing pandemic has created hurdles in the daily lives of many individuals. People have lost their jobs during the COVID-19 crisis and finding a new one has become an even more difficult task. However, a recent job application has grabbed eyeballs on the internet for its innovative method and concept.

A marketing professional, named Jaye Beech, lost his job during the coronavirus

pandemic. While most people have taken to platforms like LinkedIn to find job vacancies, Beech had another idea in mind.

He turned towards TikTok to create an appealing job application. He created a video where he dances to the tune of Gloria Gaynor’s ‘I Will Survive’. While dancing to the rhythm, Beech described how he would like to get a new job.

In the video, he can be seen dancing and talking about how he was afraid when he lost his job recently but is now looking for a new opportunity. Beech further mentions that he is interested in marketing and ends the video with a motivational note – ‘I Will Survive’.

According to reports, Beech said that the previous company where he worked met with a financial crisis. Since Beech was new, he was made redundant last Monday.

The first thought that came to his mind was that he will survive and he decided to turn this thought into something fun.

Once Beech’s video went viral on the internet, he was flooded with job offers from some of the best companies and since then, he has been going for interviews and hopes that things will soon work out. Beech said that a variety of people have offered him jobs and he had to say no to some of them also.

He wants to value his time and position and does not want to say yes to a job in a panic mode. He said he is in a good position and hopes something good would work out by the end of this week or the next.

The marketing professional’s viral job application has made it to LinkedIn also where it gained more than twenty-five thousand views and many comments. People lauded Beech’s innovative application and wished him luck for his future endeavors.