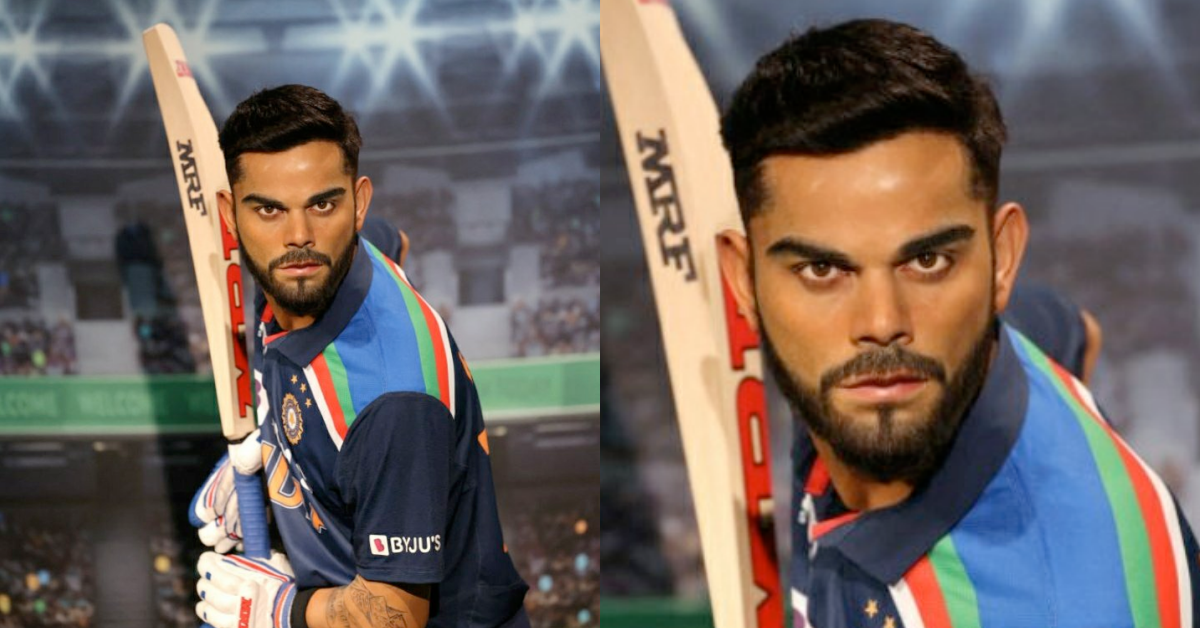 Indian captain Virat Kohli was honored by the Madame Tussauds Wax museum in Dubai as they unveiled his wax statue on Monday (October 18). His statue is wearing the nostalgic 1992 World Cup design jersey that the Indian team has been rocking since November of 2020 when it was first revealed by the new kit makers of the Team India, MPL sports.

Virat Kohli is by far the best batter in the modern era despite the presence of the likes of Steve Smith, Kane Williamson, and Joe Root. While Smith and Root, and Williamson have done amazingly well in Tests and ODI formats of the game, Kohli is the only batter in the modern era to average more than 50 in all three formats of international cricket.

The 32-year-old has multiple statutes at the Madame Tussauds museum. Meanwhile, the latest statue shows Kohli’s in India’s navy blue jersey. The official kit makers of the Indian team have unveiled a new look jersey for the T20 World Cup 2021, which India donned in their first warmup match against England recently.

The talismanic batter has announced that he will step down as India’s T20I skipper after the competition, he would like to end his stint on a high note. India won the tournament in its inaugural edition in 2007 in South Africa and made it into the finals in 2014 as well in Bangladesh.

Kohli will look to continue his golden run in the tournament having won the Player of the Tournament in the last two editions of the T20 World Cup in 2014 and 2016. The Men in Blue will kick-start their campaign against arch-rivals Pakistan at the Dubai International Cricket Stadium on October 24.

The Men in Blue have a perfect record against their arch-rivals in T20 World Cups and 50-over World Cups as the two sides have locked horns in five T20 World Cup matches and India emerged winners every single time.