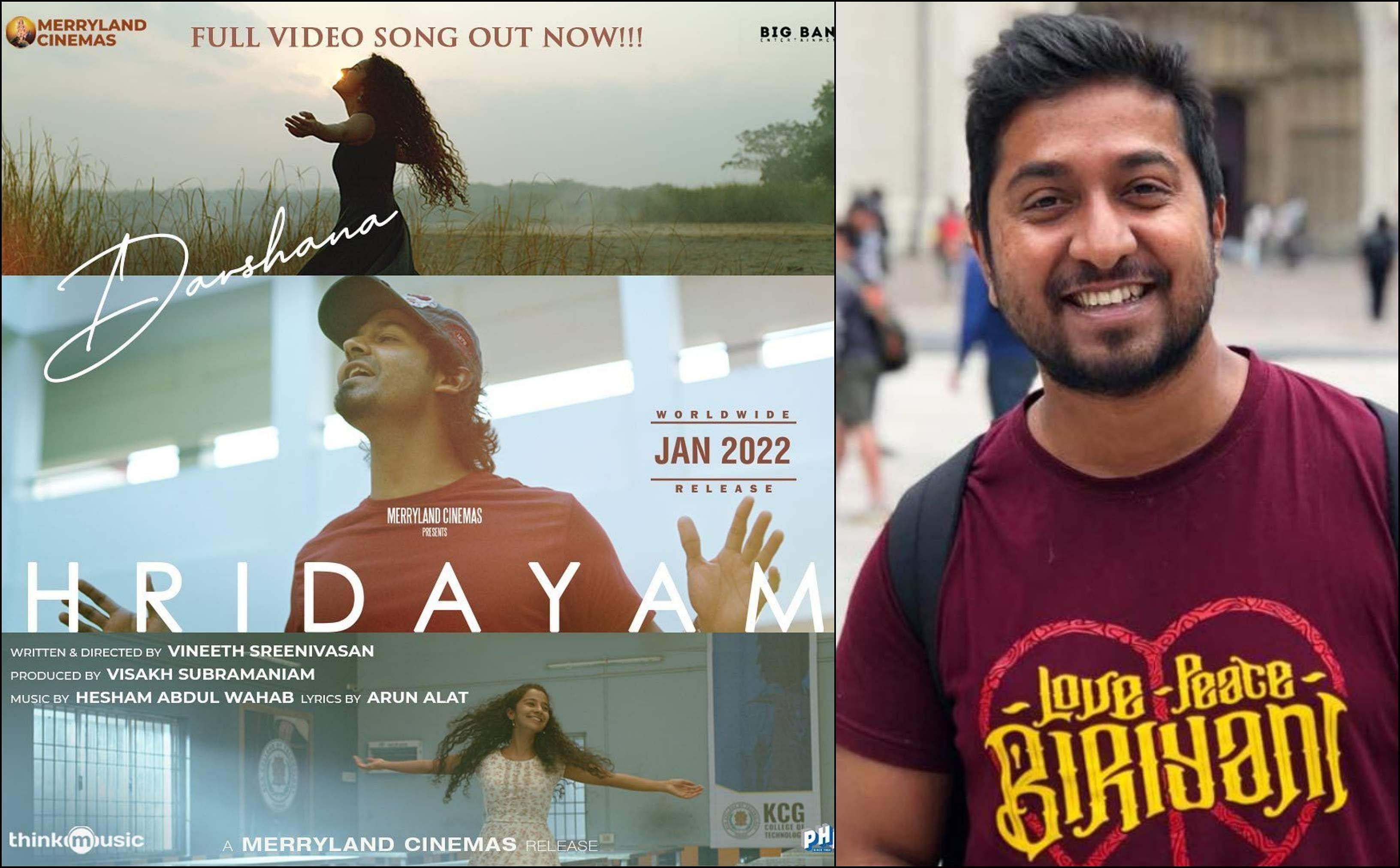 On Monday, Vineeth Sreenivasan and team released a song, Darshana, from his upcoming directorial, Hridayam. The track became an instant hit on social media and has since then garnered over 2 million views on YouTube.

Named after the female protagonist of the film, played by Darshana Rajendran, Darshana also served as a small teaser of what to expect from Hridayam that’s seemingly a campus drama. Arun Alat penned the lyrics. Aside from Darshana, Pranav Mohanlal and Kalyani Priyadarshan play the other main leads.

Elated with the overwhelming response to the song, Vineeth shared a little anecdote about recording it. “Darshana was composed in July 2019, in a small studio room in Hesham Abdul Wahab’s house. I remember the magic I felt when he stood in front of the mic and sang the melody in one go. We waited for almost two years and three months for this to come out. A lot of amazing technicians and musicians have worked relentlessly for Hridayam.  All of us have just wanted to give people an experience that they would cherish. We are giving this movie, our Hridayam, everything,” he said.

The actor-filmmaker also revealed that the film and its audio cassettes would release in January. “Until then, we’ll keep putting bits and pieces of our heart out there,” he continued while requesting listeners to use good quality headphones or speakers to listen to Darshana. “There is a lot of hard work from Hesham, our mixing and mastering engineers, their team, audiographer, and so many others. We all want you to have a great listening experience.”

Written and directed by Vineeth Sreenivasan, Hridayam is bankrolled by Visakh Subramaniam under the banner of Merryland Cinemas.