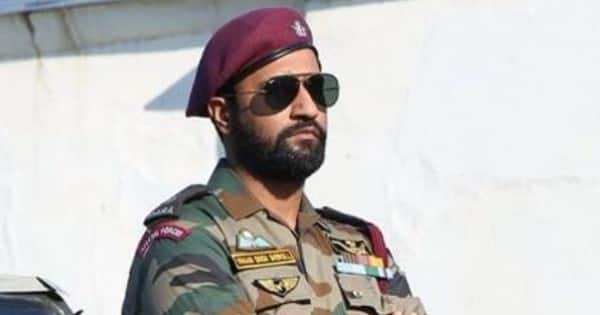 Bollywood actor Vicky Kaushal is currently the national crush of every female. The handsome hunk managed to win millions of hearts with his exceptional performance as Major Vihan Shergill in ‘URI: The Surgical Strike’. But, did you know the actor had almost rejected the movie? Well, the actor appeared on Film Companion’s Front Row chat and said that he did not connect with the film when he first read the script. He said that he was in the middle of shooting Raazi, he read the script, and maybe because he was tired he went to work the next day not feeling connected to the story. Also Read – Diwali 2021: Top 7 stylish outfits inspired by Janhvi Kapoor, Katrina Kaif, Kajal Aggarwal and more Bollywood beauties for this festive season

Vicky further revealed that his dad convinced him to do the film. He said it was his father Sham Kaushal who told his son that it would be a big mistake if he did not do the film. Later, Vicky asked for more time and re-read the script, and signed it without wasting any more time. Also Read – Trending OTT News Today: Nawazuddin Siddiqui, Vir Das nominated at International Emmys; high praise for Taapsee Pannu’s Rashmi Rocket and more

On the work front, Vicky will next be seen in Sam Bahadur, in which he plays the role of Field Marshal Sam Manekshaw. He also has Mr Lele co-starring Kiara Advani and Bhumi Pednekar in his kitty. Apart from the preofessional front, there are reports that the actor is all set to tie the knot with Bollywood actress Katrina Kaif and the couple has decided to have a royal wedding in Rajasthan. Recently, it was also reported that Vicky and Katrina got engaged in an intimate Roka ceremony on Diwali at Ek Tha Tiger director Kabir Khan’s house. Katrina’s mom Suzanne Turquoette, sister Isabelle Kaif, Vicky’a parents and brother Sunny attended the roka ceremony.