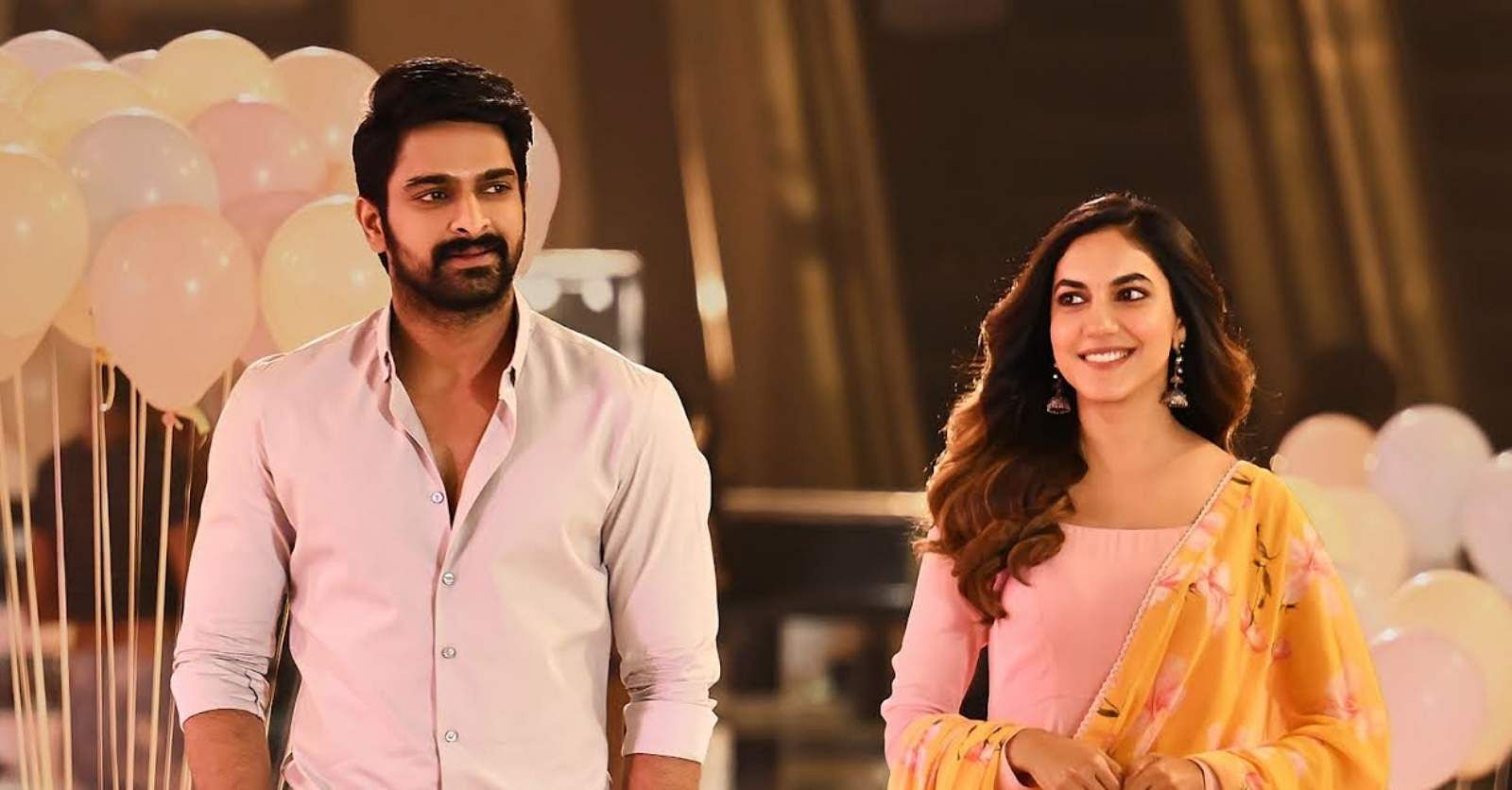 In the final act of Varudu Kaavelenu, we are introduced to an ever-agitated character played by Sapthagiri, who is annoyed by ‘lag’ in life. Be it simple actions like passing a glass of water or getting out of a car, he expects nothing to deter his life, and delay in the smallest of the things leaves him vexed. I wish he had doctored the script of Varudu Kaavelenu, and we would have seen a much more refined film that’s devoid of silly jokes and easily avoidable scenes that go nowhere or add nothing to the story.

Ritu Varma plays Bhoomi, the female iteration of Nagarjuna’s Abhiram from the beloved Manmadhudu. She is strict, she barely smiles, and is a compulsive loner. In fact, the scenes that have her entering the office while sternly looking at her colleagues are strongly reminiscent of the 2004 film. There’s more to Bhoomi. She’s almost 30 and her mother Prabhavati (played by Nadhiya) is hell-bent on getting her daughter married.

The age factor, though, isn’t explored much here like last year’s Bhanumati Ramakrishna did, but it does make Bhoomi more than a caricature. While we wonder why Bhoomi behaves the way she is, we are given a fairly convincing backstory. And then there are a couple of great moments between the mother and daughter. The father (Murali Sharam) too gets an opportunity to deliver a potent monologue. See, there are earnest ideas and good moments albeit sporadically spread.

The problem here is that the screenplay beats around the bush for most of the first half in the pretext of building a love story between the heroine, Bhoomi, and the hero, whose name is, drumroll, Akash. He is the kind of guy who doesn’t think twice to reject a business proposal that will fetch him 200 crores. “Money is important, it is not everything,” he hits back with a swag, before coming down to Hyderabad from Paris. That should paint a picture of his zealous personality. The first half in its entirety is dedicated to the hero wooing the heroine, and the narrative runs in the tedium of scenes that have Akash trying to impress Bhoomi. When the stars seem to align, an interesting conflict is introduced midway, but again, I wish they just had a conversation to resolve it instead of prolonging it for another half.

There’s hardly an emotional beat we haven’t seen before; it’s not about novelty but how well do these moments work. Do they? Some do, some feel silly. In fact, the reason Bhoomi develops feelings for Akash—the lad mouths dialogues about marriage—is as old as the hills. Most of the ones that work have Nadhiya and Ritu exalting simplistic writing with their performances. Although Nadhiya comes across as a nagging mother through most of the film, she gets to share a beautiful moment with her daughter in the climax, and suddenly, the maturity buried under the ‘filmy mother’ troupe comes to the forefront. Ritu Varma too essays Bhoomi beautifully and she is perhaps the freshest aspect in his otherwise beaten-to-death script. Bhoomi is no Chitra though; in fact, she is a contrasting character. Unlike her role from Pelli Choopulu, Bhoomi is extremely affected by relationships from her past to an extent it changes her entire personality. She is introduced as this stringent, one-dimensional character and ends up as a different person; it may look convenient but it feels great to finally see a female lead who gets a complete character arc.

Varudu Kaavelenu falls for the cliches of Telugu mainstream films, but it’s not a futile attempt. What it needed was a tighter script.