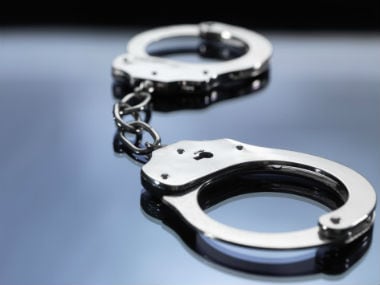 Clarity Kennedy, 18, told the Warwick Crown Court she was unaware that her actions could lead to assault and imprisonment charges

An 18-year-old girl’s birthday party resulted in her getting a 14-month sentence and 60 hours of unpaid work. The girl, identified as Clarity Kennedy from the UK, decided to celebrate her eighteenth birthday and called over some friends at her house.

After the celebrations, Kennedy woke up hungover the next morning. On waking up, she saw that an expensive bottle of vodka, which cost around 80 dollars, was empty. Kennedy had brought the booze for herself and when she found it empty, she was enraged.

The resident of Stratford-upon-Avon, Warwickshire, said that her friend, Laura Creedon, had emptied the bottle of vodka. Kennedy then accused Creedon of drinking the entire bottle and began demanding a refund from her.

Creedon dismissed the accusation and also refused to pay Kennedy.

Kennedy, enraged, began threatening her friend. Kennedy used an eight-inch kitchen knife to keep her friend hostage in the house and also threatened to stab Creedon when she reiterated that she would not pay for the bottle.

Kennedy also hitting her friend, resulting in Creedon havingmultiple bruises. Creedon managed to escape Kennedy’s house after a two-hour ordeal and immediately went to the police.

The 18-year-old was presented at Warwick Crown Court, where she confessed that she was unaware that her actions could lead to assault and imprisonment charges.

Creedon’s prosecutor mentioned in the court that Kennedy had also threatened to handcuff her.

The judge said that Kennedy’s actions would have resulted in two years of prison but since she had just turned 18, her punishment was just two-thirds of what an adult would have received.