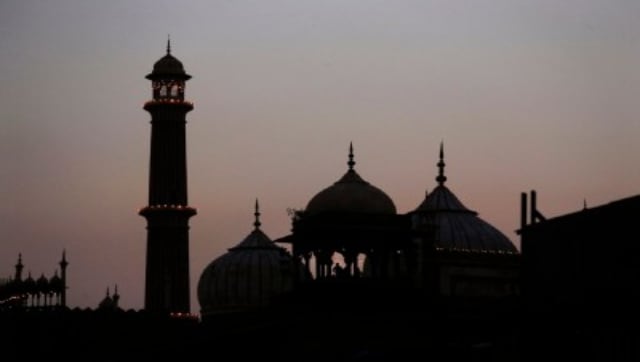 Indian security forces are guarding mosques in the northeastern state of Tripura after right-wing groups attacked Muslim targets in apparent revenge for the deadly violence against Hindus in neighbouring Bangladesh.

A mosque was vandalised and two shops were set ablaze at Chamtilla on Tuesday evening during a VHP rally taken out to protest against recent violence against Hindus in neighbouring Bangladesh. Three houses and a few shops, reportedly owned by members of the minority community, were also ransacked in nearby Rowa Bazar, North Tripura Superintendent of police Bhanupada Chakraborty had said.

Authorities have banned gatherings of more than four people in the most tense northern parts of the state while police have issued warnings about “provocative messages” spreading on social media.

Prohibitory orders under Section 144 CrPC was promulgated in Panisagar and neighbouring Dharmanagar subdivisions following the incident at Chamtilla area in North Tripura district.

“All the mosques across the state are under security cover now. We are keeping a vigil on the situation,” Yadav said, adding,  “Some miscreants were active to disrupt the communal harmony and malign the image of the government. But the police always remained active.”

Tripura has a 850-kilometre (525 mile) long border with Muslim-majority Bangladesh, where seven people were killed when a mob ransacked a Hindu temple this month.

The riots, sparked by footage of a Koran being placed on the knee of a Hindu god during celebrations for a Hindu festival, spread to 12 districts in Bangladesh.

India has expressed concern at the attacks and troubles erupted in Tripura on the sidelines of a rally of hundreds of followers of the right-wing Vishwa Hindu Parishad group.

Tripura State Jamiat Ulama, a branch of all-India organisation Jamiat Ulama-i-Hind that seeks to protect Islamic beliefs, identity, heritage and places of worship, confirmed that police protection has been given to all mosques of North Tripura.

Assistant Inspector General of Police (Law and Order) Subrata Chakraborty said, “All the district heads of police were asked to provide security to mosques and organise regular patrolling in vulnerable areas.”