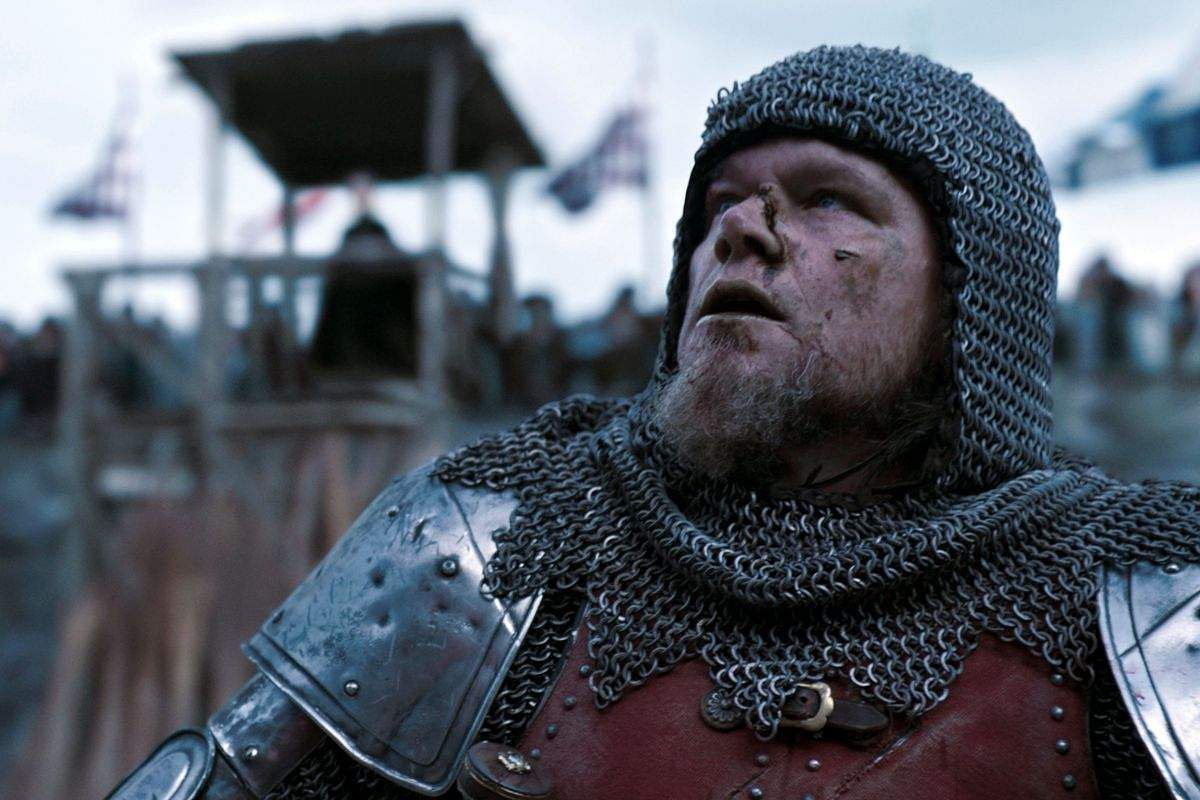 The male has constantly tried to wrest control over the world, and this is why even though Ridley Scott’s The Last Duel is set in the medieval 14th century world (and is based on a real story), it wouldn’t have to be changed even a bit, if set today.

In 1386 France, a headstrong knight, Sir Jean de Carrouges (Matt Damon), challenges Jacques Le Gris (Adam Driver) for a duel to death. Le Gris is Carrouges’ former friend, a squire and a captain of Lord Pierre d’Alençon (Ben Affleck), and he is facing the accusation of raping Carrouges’ wife, Lady Marguerite de Carrouges (Jodie Comer). All of France now believes that justice will be served through God’s will. The Last Duel‘s trump card here is that it brings together the screenwriters, Affleck, Damon, and Nicole Holofcener, to tell the story using the Rashomon effect: The story is told through multiple perspectives. We see the series of events that lead up to the brutal crime from the perspective of Carrouges, Le Gris and the victim, Lady Marguerite.

Carrouges’s story sets up this world and helps us understand the series of events. Much like many other Ridley Scott movies, we are instantly pulled into his world. Carrouges is a born-to-rule, hardened soldier whose only aim is to inherit his father’s fort and raise an heir to the family. The braveheart’s moments of chivalry, patriotism, love, insecurity, and fight for justice are juxtaposed quite brilliantly to depict his life. From the middle of a gruesome war, we are immediately pulled back to a serene backdrop, and vice-versa. These meticulously cut portions of Carrouges’ life feel important later on as well.

It is only when we see the second perspective, that from Le Gris, do we begin to guess what The Last Duel might end up being. In Le Gris’ story, there is no admission of guilt from his side. His truth remains his truth. There are no punches pulled here. Should we blame anyone? Is it all Le Gris’ fault for becoming what he is? Should we blame society for its ingrained misogyny? Marguerite, and we, feel all the helplessness, with potentially no one individual to blame.

The third perspective is the missing piece of the puzzle. Interestingly, as the chapter introduction card that reads ‘The Truth According to Marguerite’ fades away, ‘The truth’ lingers for a few more seconds. Scott believes that her story is the absolute truth. Though one might naturally expect it to be drastically different from that of Le Gris’, the most shocking revelation is how different it is from Carrouges’. The screenplay brilliantly mirrors many seemingly ordinary moments from the previous chapters to play on the minds of the audience. Like the commoners in the film, we too get manipulated. One becomes as culpable as the other. Further, Scott subtly says that it is Marguerite who is the sole voice of sanity, and you are bound to shed a few tears for her. By this time, when every subtle expression hurts you, you can’t help but notice how brilliant Comer, Damon and Driver are in their parts.

The stakes are high here. If Carrouges loses, Marguerite gets burnt to death. What of the rape accused? Can he be allowed to go free? The duel becomes a triple-edged sword, with all three ends pointing towards the woman. So, it must be Carrouges then? Or is it? In the Tamil film, Virumandi, another film that used the Rashomon idea, we saw a similar story, but its overarching theme was one of peace and a criticism of the death penalty. The Last Duel too subtly touches upon this, but what sets this aside is that there is a moment towards the end when peace might well be thought as the enemy of everything good. You might find yourself suspending all didactic morals, yearning for barbaric justice.

The Last Duel is also aware of how it will play out in the post-MeToo world. You might feel repugnant in the scene when a selfish Carrouges terms orgasm as ‘a little death’, but the sad irony of it is bound to shatter you. In many ways, The Last Duel is a little death—it’s pleasurable cinema and at once, a deeply tragic reflection of reality.