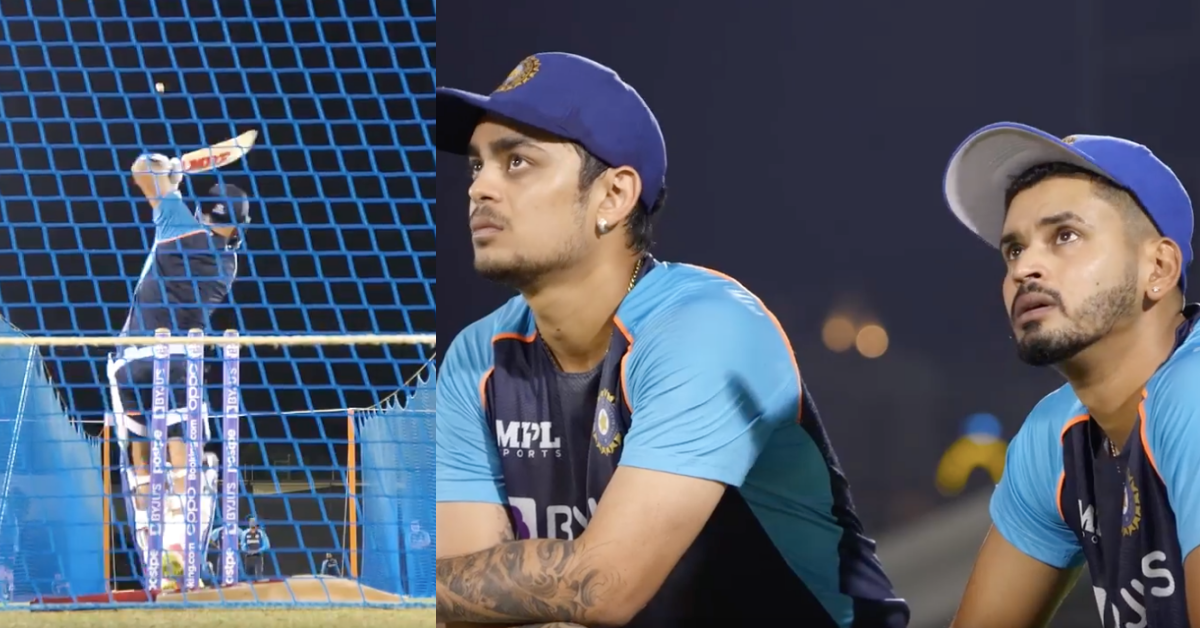 The ICC uploaded a clip of 70 seconds where both the youngsters were in awe for most of the time as Virat Kohli slowly stepped on the paddle with some exquisite strokeplay in the nets.

Virat Kohli mostly went aerial with his shots, displaying his attacking mood as India get ready for the vital game versus New Zealand after having lost their first match to Pakistan.

“Shot hai yaar,” both the wonderstruck youngsters praised their skipper whenever he slammed a ball uppishly through the middle of his bat.

Ishan Kishan is the main 15-man squad and has made a great claim for a place in the eleven with three blazing fifties in his last three knocks – two for Mumbai Indians in the IPL and one for India in the warm-up game versus England. Shreyas Iyer, meanwhile, is among the reserves.

India will face New Zealand in an important Super 12 match on Sunday in Dubai. Both the teams have lost their first match to Pakistan, who now have a foot in the semi-final.

Pakistan won both their matches while chasing targets. While they registered a comfortable 10-wicket win against India, Babar Azam’s side stuttered during the chase versus the Kiwis, but eventually got over the line.

The boost for Virat Kohli is that Hardik Pandya has passed his fitness test and was also seen bowling in the nets on Wednesday. New Zealand, on the other hand, lost the services of speedster Lockie Ferguson to a calf tear before the Pakistan game, and are also fretting about the fitness of opener Martin Guptill who suffered an injury on his toe during the match against Pakistan.

While it is still early in the tournament, the India-New Zealand clash could well be a virtual knockout considering they then face Afghanistan, Namibia, and Scotland. However, it is not to forget that Afghanistan utterly demolished Scotland by 130 runs and, on their day, could spring up a surprise by defeating any of India, Pakistan, or New Zealand.