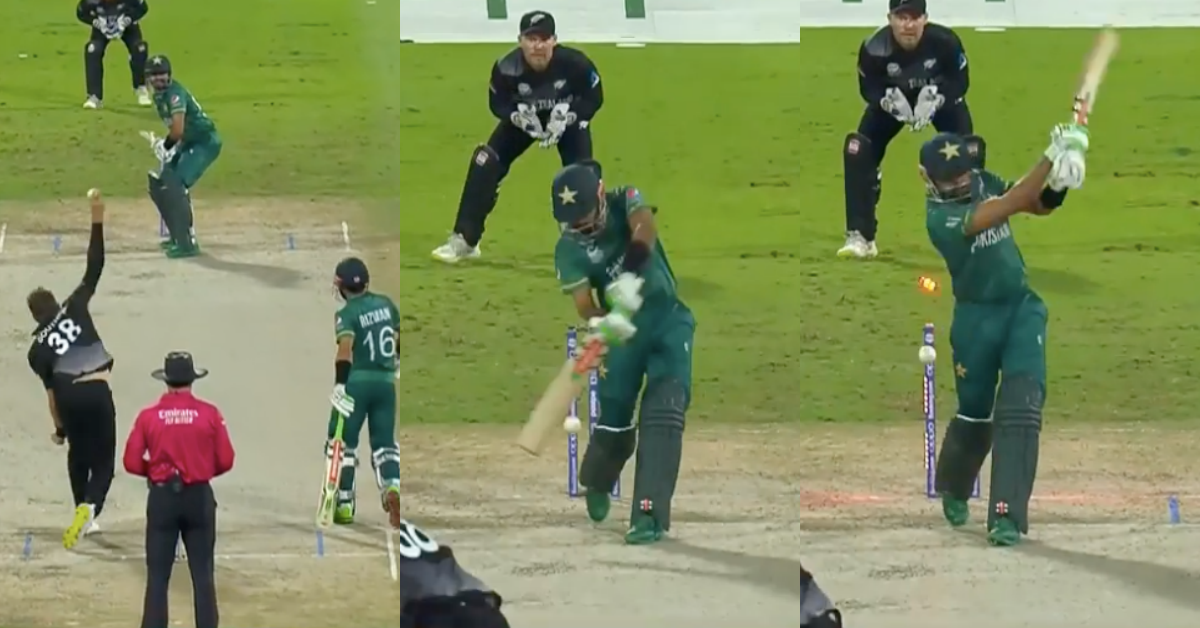 This was also the 100th wicket in T20Is for Southee, and he celebrated it with the prized scalp in Babar Azam. Using a change of pace, Southee bowled a 118 KPH slower delivery on length.

Aiming to up the ante, Babar Azam went for a slog but the ball held in the surface and he was rendered early into the shot, missing the ball completely which crashed his off-stump and floored it. Southee was delighted with the wicket while re-checked his shot.

Pakistan stutter in chase of 135

Chasing 135, Pakistan had a quiet start with both Babar Azam and Mohammad Rizwan batting cautiously, before Tim Southee knocked over the Pakistan captain’s middle-stump in the sixth over. New Zealand were on top at the 6-over mark with Pakistan 30/1.

Ish Sodhi then struck with the wicket of Fakhar Zaman. Hafeez showed his intent straightaway thumping Neesham for a maximum, but had to walk back courtesy of a magnificent catch by Devon Conway at long-off boundary.

Sodhi then got the better of Rizwan putting Pakistan on the backfoot in the chase. At the time of writing, Pakistan are 70/4 at the 12-over mark.