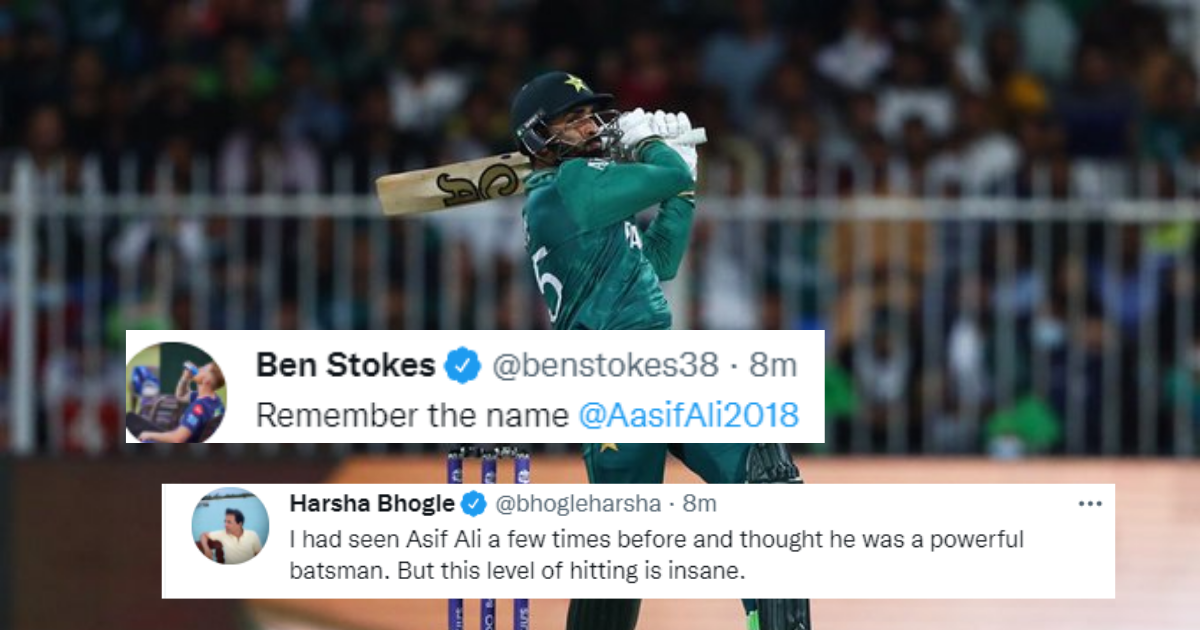 Pakistan defeated Afghanistan by 5 wickets in Dubai on Friday and have all but confirmed a semi-final spot with a total of 3 wins now in 3 matches.

Chasing 148, Pakistan were rocked early on by Mujeeb Ur Rahman as Mohammad Rizwan found the deep square leg fielder. Fakhar Zaman, though, whacked Mohammad Nabi for a six and a four to clear his intentions. Pakistan ended the powerplay at 38/1.

Babar Azam and Fakhar Zaman kept the required rate under 8, scoring 34 runs in the next four overs before Rashid Khan’s introduction.

While Babar held his end, he lost two partners in quick time at the other: Zaman was trapped lbw by Nabi before Rashid Khan struck with the wicket of Mohammad Hafeez as the required rate quickly climbed over 9.

Shoaib Malik launched Rashid for a maximum but the leg-spinner retaliated with the wicket of Babarm, as the Pakistani captain missed his slog with the ball sneaking through to hit the stumps. Naveen-ul-Haq then dismissed Malik putting Afghanistan well in the hunt, with Pakistan needing 24 from the last two overs.

Asif Ali, the hero versus New Zealand, became the hero again, thumping Karim Janat for four sixes in the 19th over to finish the chase.

Earlier, after electing to bat first, Afghanistan lost both the openers early on: Hazratullah Zazai mistimed his slog off Imad Wasim and Mohammad Shahzad lobbed a simple catch to Babar Azam off Shaheen Afridi.

As a partnership was building up between Janat and Najibullah Zadran, Imad returned to break it with the former’s wicket before Shadab Khan accounted for Najibullah, leaving Afghanistan reeling at 79/6 at the 13 over mark.

However, from thereon, not only Afghanistan didn’t lose any wicket further, but they also managed to post a competitive total as senior pros Gulbadin Naib and skipper Mohammad Nabi joined hands for a 71-run stand off 45 balls.

Both of them rotated the strike, with the occasional boundary, stopping the wicket-flow before tearing into the Hasan Ali in the 18th over: Naib smashed Ali for 6, 4, 2, 2, 4 to provide the impetus going deep in the innings as both the right-handers took 15 runs from the 19th over, bowled by Rauf. Shaheen Afridi mitigated the damage a bit with a brilliant 7-run last over as Afghanistan posted 174.

Congratulations team Pakistan. Well done @babarazam258 on your innings and @AasifAli2018 on the remarkable finish – what a cool, calm, collective customer . #PakistanZindabad

Asif Ali showed lot of confidence by refusing single on the last ball and finishing it in style by hitting those four big 6 in the next over .. clean and powerful hitter 👍 #AFGvPAK #T20WorldCup @StarSportsIndia

ASIF ALI FINISHES IT IN STYLE WITH FOUR SIXES IN THE 19TH!

This #AsifAli has got some hitting ability. Well tried Afghanistan team. #PakvsAfg

Rashid Khan is a serious dude. Just 53 games for his 101 wkts. Amazing bowler.

Asif Ali did well but Karim Janat was always too easy for him. Good attempt, Afghanistan.

Asif’s been the PSL’s best six-hitter since its inception. He had struggled to translate that to T20Is largely due to inconsistent selection & fluctuating roles. The moral of his success v NZ & AFG is to back talent, give it a clear role & sit back & let it shine. #T20WorldCup

What a terrific game of cricket that! The match of the tournament so far.

Asif Ali refused an evident single when 24 required off 2, hits next over 4 sixes game done
Proper Alpha behavior, Incredible faith in his abilities

Pakistan beat India, New Zealand, Afghanistan and make it 3 in 3 – they are “almost” sealed the semi-final spot in the T20 World Cup 2021.

The day the Super 12s came to life? Two tense, tight games with huge swings of dominance and dramatic finishes

Is it me or is Pakistan even more ridiculously good to watch than usual this tournament.

Between Shaheen, Babar, Haris, and Asif Ali, where do you even look?

A match in four balls: Asif Ali, what a dazzler

More lovely viewing if your team is #Pakistan #T20WorldCup pic.twitter.com/2KtVYpnokc

Whoa, what a finish by Asif Ali, 4 sixes in an over to clinch match. Spirited Afghanistan piled on pressure on Pakistan with bat and ball. Babar and Malik falling in quick succession, Afghanistan looked in with a chance till Asif’s onslaught. Tough luck Afghanistan