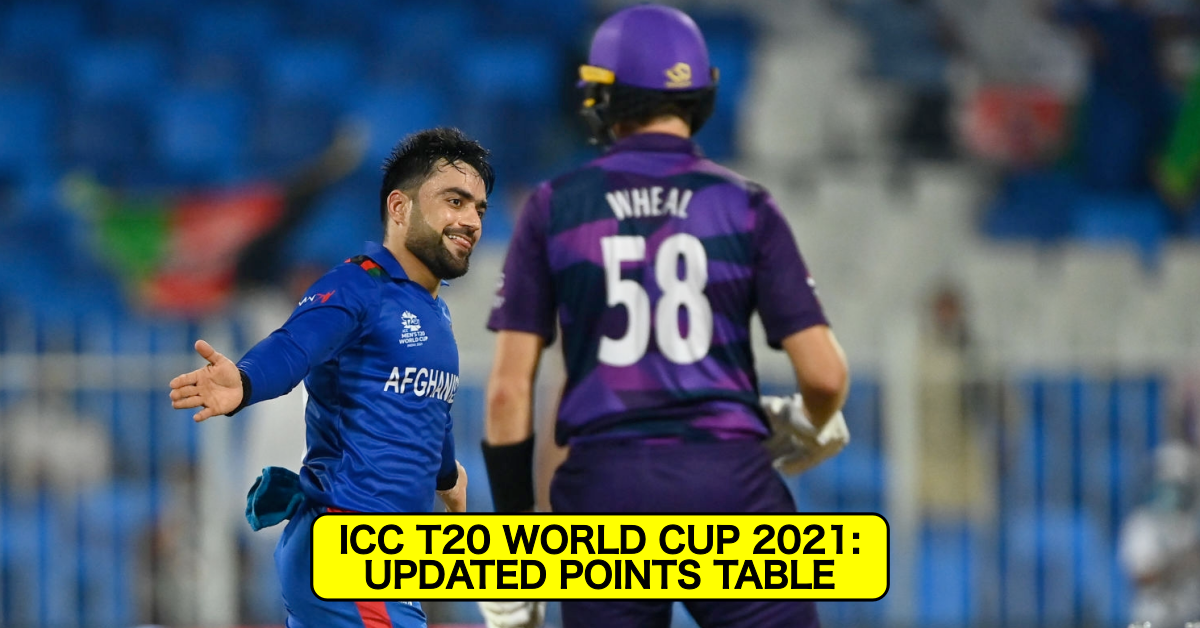 Heading into the match Scotland were having a lot of momentum on their side as they won three consecutive games in the round 1 stage of ICC Men’s T20 World Cup 2021. On the other hand, Afghanistan successfully defeated defending champions West Indies in the warm-up game but lost against South Africa.

Meanwhile, Afghanistan won the toss and opted to bat first. Afghan Openers Mohammad Shahzad and Hazratullah Zazai were off to a flying start. In the first over they scored only 2 runs but in the second over openers smashed 18 runs.

Safyaan Sharif was able to get a breakthrough for Scotland as he dismissed Mohammad Shahzad in the 6th over. At the end of the powerplay, Afghanistan was 55/1

Hazratullah Zazai after playing an outstanding knock of 44 runs was sent back to the pavilion by Mark Watt in the 10th over. After that Najibullah Zadran and Rahmanullah Gurbaz showed a batting master class and they were able to add 87 runs off 52 balls with Najibullah Zadran contributing and 49 (29) Rahmanullah Gurbaz adding 35 off 23. In the end, the Mohammad Nabi-led side was able to post a very good total of 190/4.

Chasing the target Scotland had a decent start but skipper Kyle Coetzer was dismissed by spinner Mujeeb-ur-Rahman in the 4th over and after that Scotland faced a massive batting collapse. They lost wickets in the 5th,6th,7th,8th,9th and 11th over and the team was bundled for just 60 runs. George Munsey top-scored for the side with 25 runs under his belt. There were a total of 5 batters who got out on duck and only 3 batters scored double-digit runs. Afghanistan spinners Mujeeb-ur-Rahman and Rashid Khan dominated the match as Mujeeb picked a 5-wicket haul and Rashid bagged a 4-wicket haul.

Meanwhile, Scotland’s winning streak was ended and Afghanistan reached the top of the points table in Group 2 with an amazing net run rate.

Also Read: PAK vs NZ Prediction, Who Will Win The Match Between Pakistan and New Zealand? ICC T20 World Cup 2021 Match No 19