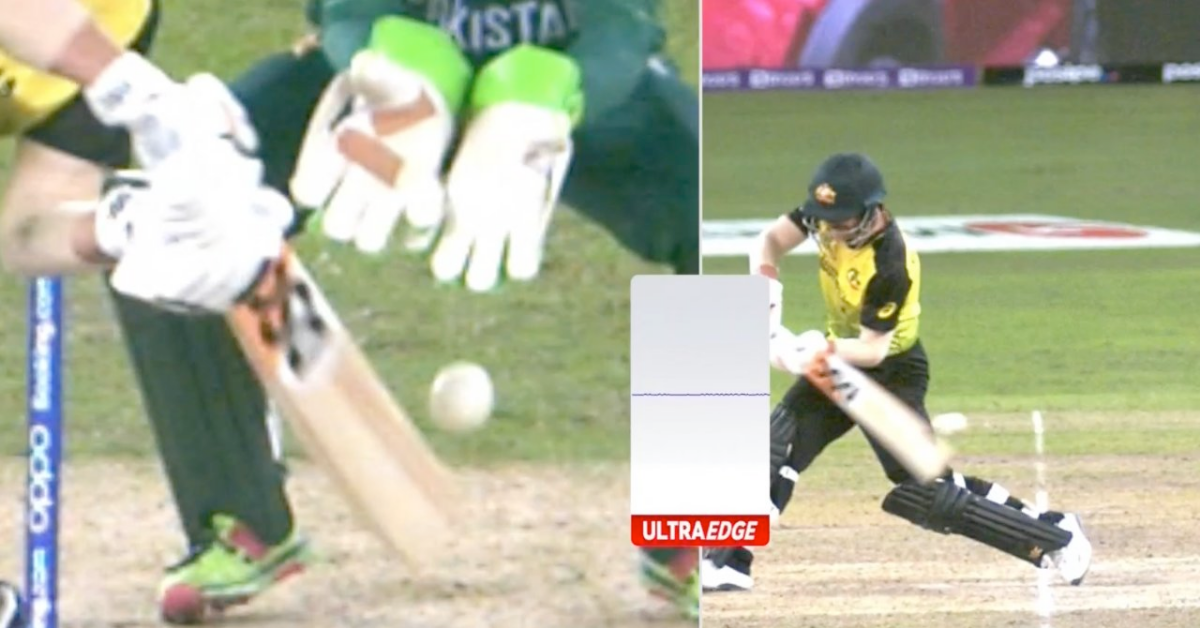 Star Australian opener David Warner made a big blunder by walking off the field without taking a review as he was given out by the on-field umpire but the replay showed something else.

David Warner scored amazing 49 runs and he missed out on his half-century by just one run as he was dismissed just after the drinks break in the first ball of the 11th over by Shadab Khan.

Shadab Khan bowled an amazing delivery wide of the off stump, inviting the cover drive and David Warner tried to smash it hard but it looked like he edged the ball and wicketkeeper Mohammad Rizwan grabbed the easy catch.

Earlier, Australia won the crucial toss and just like every other team in the tournament they opted to field first and both the teams made no changes in the team and they fielded the same playing XI.

Pakistan openers, skipper Babar Azam and wicketkeeper Mohammad Rizwan started pretty decently. Mitchell Starc who opened the bowling for Australia conceded 6 runs in his first over including one boundary, Josh Hazlewood also got smashed for a four in the second over, Glenn Maxwell concede two boundaries in the 3rd over.

Babar Azam and Mohammad Rizwan added amazing 71 runs in 60 balls before leg-spinner Adam Zampa dismissed skipper Babar Azam in the last ball of the 10th over.

After that wicketkeeper-batsman, Mohammad Rizwan and Fakhar Zaman had an outstanding 72 runs partnership before Mitchell Starc finally got the breakthrough for Australia in the 18th over when he dismissed Rizwan who scored 67 runs off 52 balls.

Then power hitter Asif Ali was sent to bat but he was dismissed on duck by Pat Cummins and in the 20th over Mitchell Starc castled Shoaib Malik but then Fakhar Zaman smashed two terrific maximums and helped Pakistan post 176 runs on the board.

Also Read: BCCI To Have Discussion With Virat Kohli About ODI Captaincy, Rohit Sharma Could Be Made ODI Skipper For South Africa Tour: Reports

Shocker!! Watch – David Warner Walks Despite Not Edging The Ball: