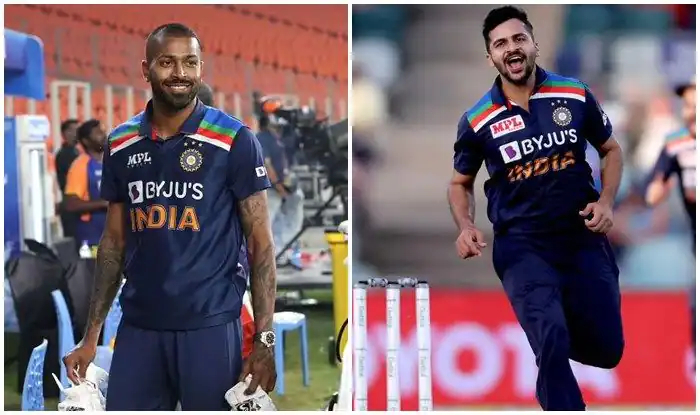 Indian bowling all-rounder Shardul Thakur may not be slotted into the team in place of the all-rounder, Hardik Pandya, for India’s next match against New Zealand in the T20 World Cup on Sunday, reports revealed.

Thakur has been in fine form of late, but the team is willing to stick with the same playing XI that lost to Pakistan last Sunday. The upcoming match against the Black Caps is more or less a do-or-die situation, and a loss will hurt the team’s chances badly.

With Hardik not contributing anything with the ball, his place in the side was under serious threat. Nobody felt he is capable enough of playing in the team as a specialist batsman, and calls were being made to include Ishan Kishan instead.

However, Team India still lacks a genuine sixth bowling option that pretty much every other team has. Therefore, it made sense to include Thakur in the team, and he can also provide the finishing touches in the death overs with his aggressive strokeplay.

Nevertheless, there were positive signs ahead of the game as Hardik was seen bowling under the watchful eyes of the coaches in their previous training session. There is no doubt that Hardik is a better batsman than Thakur but the crucial factor that decides the selection is the number of overs they can contribute.

As for Bhuvneshwar Kumar, who had a poor outing against Pakistan, he might get another go before India starts considering any changes in the side. The same might be the case with Mohammad Shami and Varun Chakravarthy, and the team will be banking on a better return from the two.

Also Read – T20 World Cup 2021: It’s Probably Going To Be One Of Our Most Difficult Games – Eoin Morgan Ahead Of Australia Game