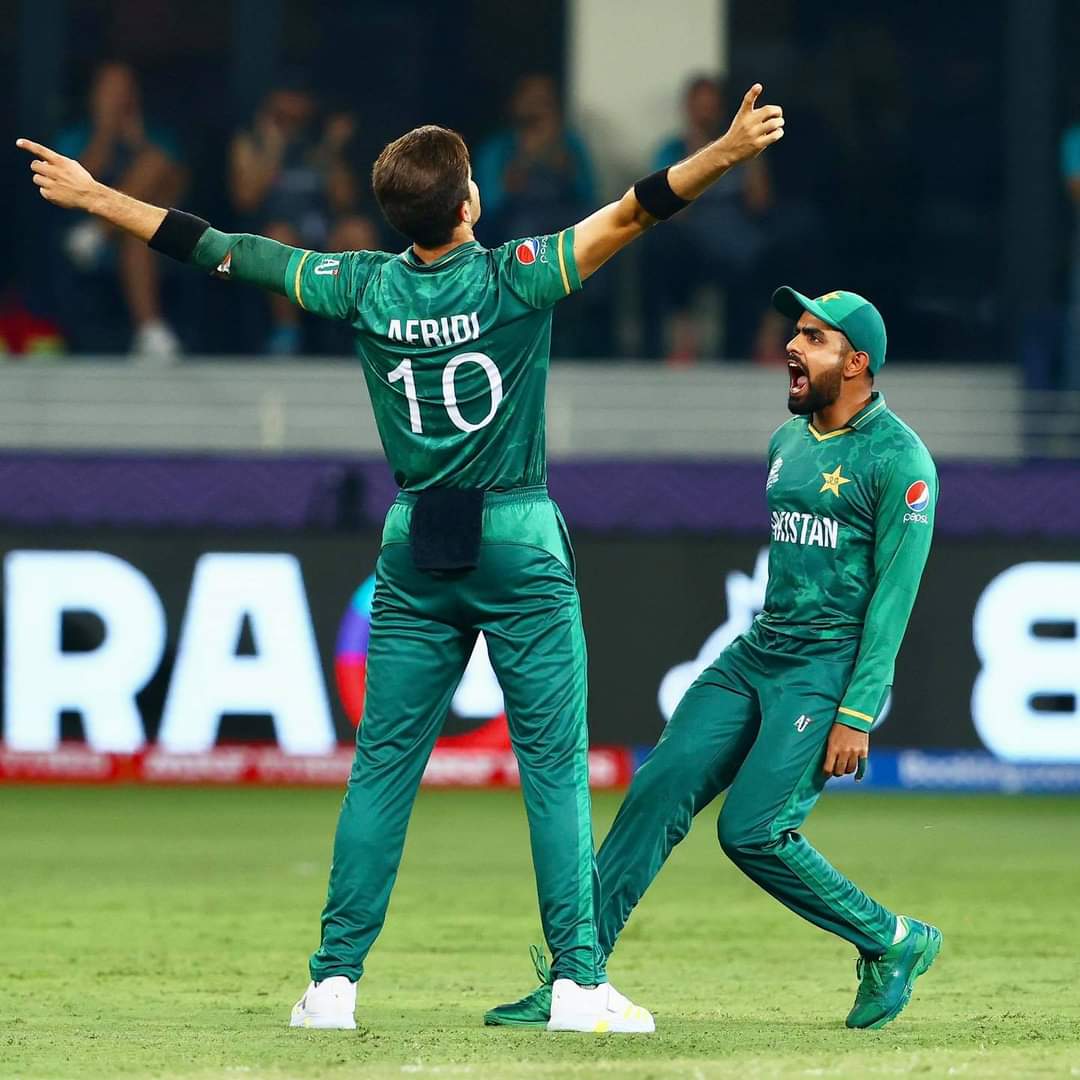 Pakistan recreated history after winning their first game against India in a World Cup fixture, and Shaheen Afridi was one of the reasons behind Pakistan pulling off a massive win. Finally, the men in green have managed to break the jinx after 12 straight losses in world cup fixtures against India, and they will certainly be much relieved after yesterday’s win.

Shaheen Afridi’s 3 wicket haul dented the Indian batting lineup, who had to set the total, and after losing the openers early, the onus was on Virat Kohli to hold the batting together. India’s 152 in the first innings wasn’t enough against the Pakistan batting lineup that bats deep. In the end, Pakistan went on to win the game by 10 wickets and with 13 balls left.

“This Is A Great Start And Hopefully, We Can Build It From Here” – Shaheen Afridi

Shaheen Afridi bagged the player of the match for his brilliant spell of bowling, and he mentioned that the win belongs to all the Pakistan fans who have come to support them and termed the win as a historic moment. He hoped that they play in the same manner throughout the tournament.

“To entire Pakistan, to all our cricket lovers who travelled here… this is for them. This is a historic moment for the team. We’d not won against India in the World Cup. All the boys played so well today and hopefully, we’ll play well in the remainder of this World Cup from here. This is a great start and hopefully, we can build it from here,” Shaheen Afridi told after winning the player of the match award.

Shaheen Afridi castled both the Indian openers Rohit Sharma and KL Rahul, and he reckoned that the plan was for him to bowl the first over of the innings. He added that his strength has always been yorker and mentioned the way his swing can affect the batsmen.

“He [Babar Azam] gives me the new ball all the time. This was the team plan that I’d bowl the first over. I needed to give the breakthrough, which is the team requirement,”

“My strength is to bowl the yorker with the new ball. It was the plan and I got success. My attempt was that even if I get a half [a yorker] with the swing, if my ball dips, he’ll get out,” Shaheen Afridi added.

India will be hoping to come out all guns blazing in their next game against New Zealand on the 31st of October.