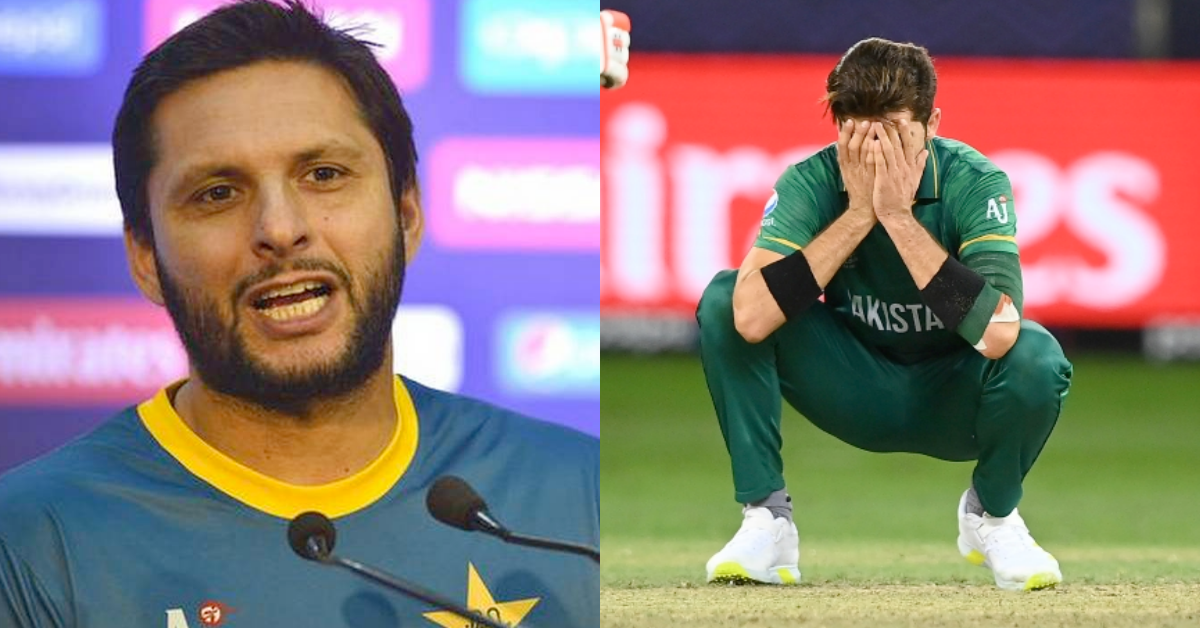 Former Pakistan captain Shahid Afridi was unhappy with Shaheen Afridi’s bowling to Matthew Wade in the semi-final loss to Australia.

With 18 runs needed from 9 balls – after Wade had been dropped by Hasan Ali – Shaheen was clattered for three sixes in a row by Wade as the left-hander stormed Australia in the final, knocking out Pakistan.

Shahid Afridi said that despite Hasan Ali’s dropped chance, Shaheen should have done better. The legendary all-rounder reckons with the pace Shaheen has, he should have looked for the blockhole outside the off-stump, instead of dishing out two slot balls and a full toss.

“I am not happy with Shaheen in one area. Okay so Hasan Ali dropped a catch but that does not mean you will bowl badly and get hit for three successive sixes,” Shahid Afridi told Samaa TV channel.

“Shaheen has so much pace and he should have used it sensibly. Even if the catch was dropped. He should have used his head and tried to bowl outside off stump fast Yorkers with his pace. He is not that sort of bowler to be hit like that.”

Shaheen was brilliant in the tournament: Shahid Afridi

Apart from that, Shahid Afridi praised the 21-year-old for his menacing bowling throughout the tournament, comparing him to the likes of Wasim Akram and Mohammad Amir.

The left-arm speedster finished with 7 wickets while bowling at an economy of 7.04. His sparkling performance came against arch-rivals India, when he dismissed Rohit Sharma, KL Rahul, and Virat Kohli.

“I would say he was brilliant in the tournament and I have only seen either Wasim bhai (Akram) or perhaps Muhammad Amir bowl like this with the new ball. He is giving good performances. I hope he learns from this cricket experience and prepares himself for the future,” Shahid Afridi added.

The grand finale is set now for a trans-Tasman clash to conclude the T20 World Cup 2021. Australia and New Zealand will meet in the final on Sunday in Dubai with both sides chasing their maiden T20 title.