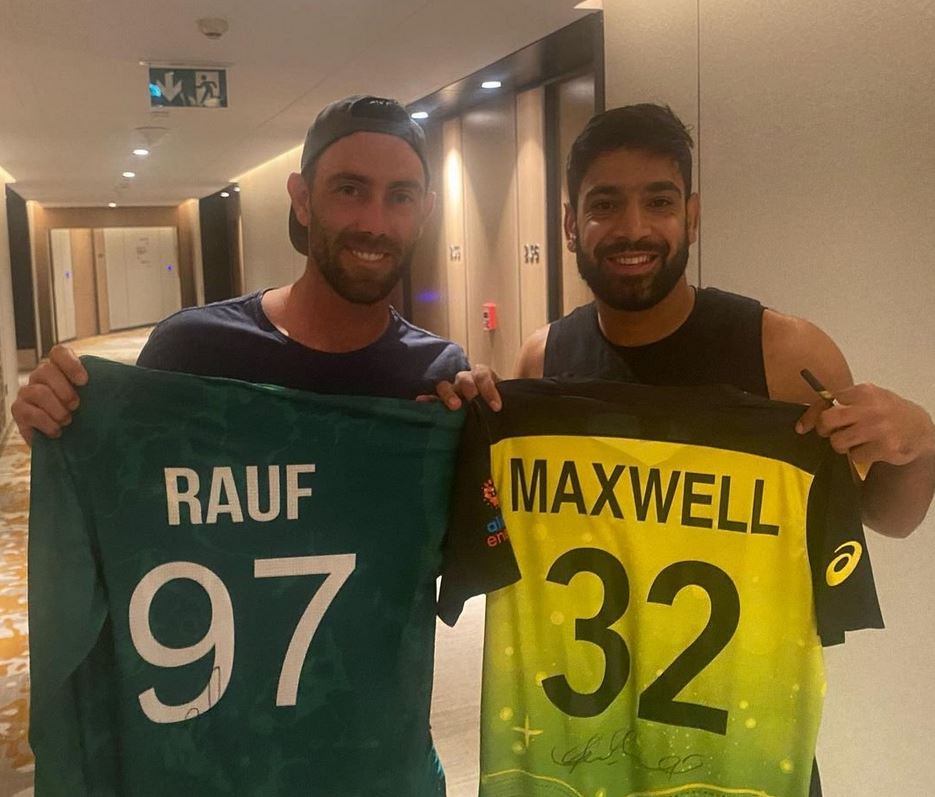 Australian all-rounder Glenn Maxwell exchanged his jersey with Pakistan pace bowler, Haris Rauf, after the conclusion of the second semifinal between the two teams in the ongoing T20 World Cup.

The duo is part of the Melbourne Stars set up in the Big Bash League (BBL) but was up against each other in the thrilling semifinal on Thursday. Australia defeated Pakistan by five wickets to enter the final of the World Cup, scheduled to take place on Sunday.

Sharing a picture of the moment, Maxwell wrote: “I’m so proud of how far this young man has come! What he has done for the @starsbbl and Pakistan cricket has been extraordinary! He is a fine human and a great teammate, and someone who I will always treasure as a friend. You are a superstar @harisraufofficial.“

On Thursday, the Aussies fought back in typical fashion when they had their backs against the wall in a packed Dubai Stadium. Chasing a steep target of 177, Aaron Finch’s men were in deep trouble, having lost half the side while being over 80 runs away from the target.

Marcus Stoinis then combined with the Player of the Match, Matthew Wade, to script an incredible unbeaten partnership of 81 to take them home with one over to spare. The victory was Pakistan’s first defeat in the tournament and the one that sent them back home. As for Australia, they will meet New Zealand in the final on Sunday at the Dubai Stadium.