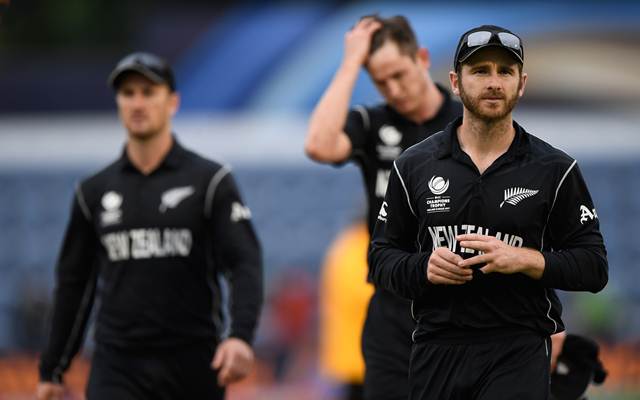 New Zealand skipper Kane Williamson mentioned that Pakistan had played in the right spirit, and the pull out of the tour earlier to the T20 World Cup had not affected the relationship. Pakistan managed to win two crucial games and is sitting pretty at the top of the table in the group. Their roadmap is clear now into the semi-finals until they find upsets in the next three games.

New Zealand batted first, and they lost continuous wickets to end up on a paltry score of 134 for 8 in their 20 overs quota. Haris Rauf was the pick of the Pakistan bowler as he bagged four wickets with his raw pace. In reply, Pakistan did find some hiccups in the middle losing five wickets for 87 runs and was in a spot of bother. However, the experience of Shoaib Malik and hard hitter Asif Ali finished off the game in style.

Kane Williamson mentioned that the pull-out at the last minute was unfortunate for the fans and reckoned that the decision had nothing to do with them. He added that there was disappointment in the New Zealand camp as well after the tour got cancelled.

“That was obviously a very unfortunate, disappointing situation for Pakistani cricket fans and the cricketers, a decision that was outside of the players’ control. But all the guys were there looking forward to that series to start, and unfortunately, it didn’t happen. So it was very disappointing for all involved,” Kane Williamson told in the post-match conference.

Kane Williamson was questioned on if the last-minute pull out of the Pakistan tour had turned them aggressive, and he was quick to deny it, stating Pakistan played with a great spirit. He lauded the side for their performances so far in the tournament and believed they could be competitive right through the tournament.

“No, they played in the right spirit, I believe, and a great spirit. They’re a very competitive, proud cricketing nation, and they showed that tonight. They’ve been outstanding in the first couple of games of this tournament. I’m sure they’ll be very, very competitive throughout the back end as well. Their hopes are high, no doubt,” He added.

Kane Williamson’s New Zealand will next face India in an important clash on Sunday.