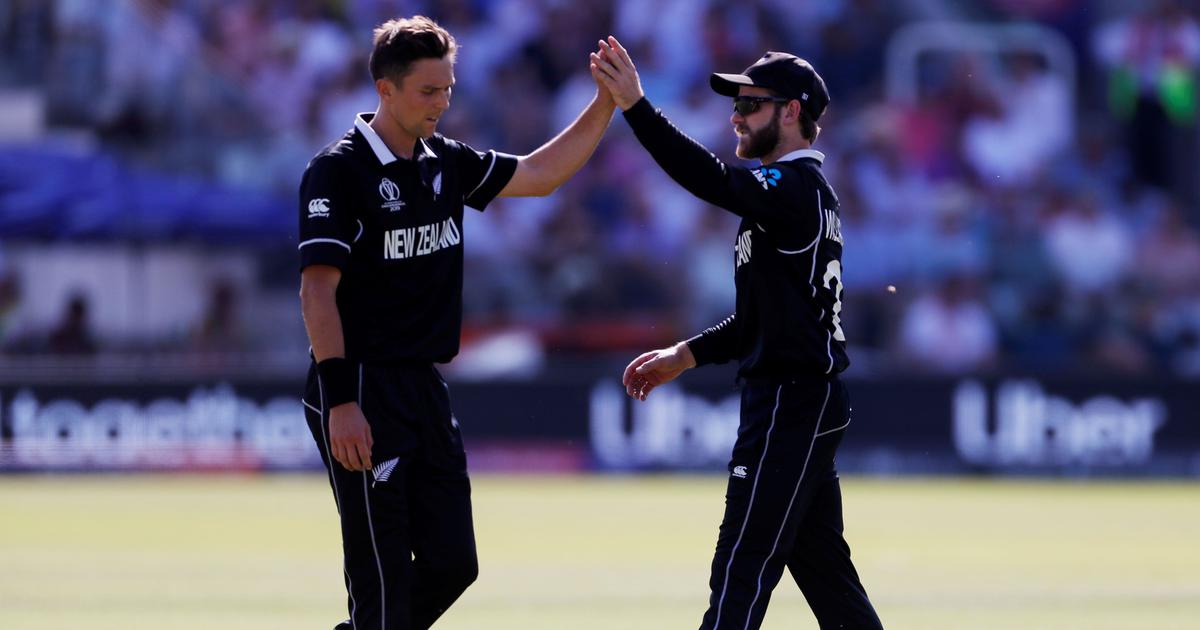 Shaheen Shah Afridi demolished the top-order of the Indian team dismissing Rohit Sharma on duck and KL Rahul in his second over. Afridi was also able to dismiss Indian skipper Virat Kohli in his spell. The Kiwi pacer Boult also has a very good record against India across all three formats, in 16 games he has picked 71 wickets. Also, he has a strong head-to-head against opener Rohit Sharma, having picked his wicket three times in seven T20 innings while giving up only 29 runs off 24 balls.

Ahead of the clash against India in Dubai pacer Trent Boult was hoping that he gets some swing from the surface in the match against India so that he can get some quick breakthroughs for the kiwis. He stated:

“It depends when I get to bowl. Not too sure what the plan is with what overs certain bowlers are bowling, but yeah the way Shaheen bowled the other night was… from a left-arm watching on I thought it was amazing. But, yeah, there are qualified batsmen in that Indian line-up.

“Early wickets are definitely the focus for us as a bowling group. But, here, we just need to be nice and clean and nice and accurate where we are trying to put the ball. But, hopefully from my point of view, it swings around a little bit and I can mirror what Shaheen did the other night (laughs).”

Boult further added that India brings a lot of challenges as they have a quality batting unit. He asserted:

“Whatever we do first, we need to do it extremely well. India brings a lot of challenges – quality batting line-up, but with the ball, we just need to be clear about the options on how to shut these guys down and obviously give them a bigger chase as possible, but it’s going to be a good challenge. Our first game in Dubai, but the wicket looks pretty good there. Yeah, really look forward to taking them on.”

The kiwi pacer also feels that it’s a hard thing to understand how much dew will play the role in the match. He elaborated:

“It’s a hard one to understand how much dew is going to come in. But, from the one game we’ve experienced so far [in Sharjah], there hasn’t been too much of it. The overhead conditions have cooled down a lot nicely, so yeah just got to take your time and make sure you got a good grip on the ball and try to be as accurate as you can.”

Star Blackcaps opener Martin Guptill suffered a huge blow on his toe with a near-150-kph yorker by Pakistan speedster Haris Rauf. However, Boult said Guptill was training very well and he was fully fit to compete against India. Trent Boult asserted:

“Gup is pretty good. He trained fully yesterday and didn’t see too many issues with him. So, he’s definitely a big piece of the puzzle for us at the top of the innings. So, from what I know, he’s good to go.”

Also Read: Aussie Legend Alan Davidson Passes Away At The Age Of 92