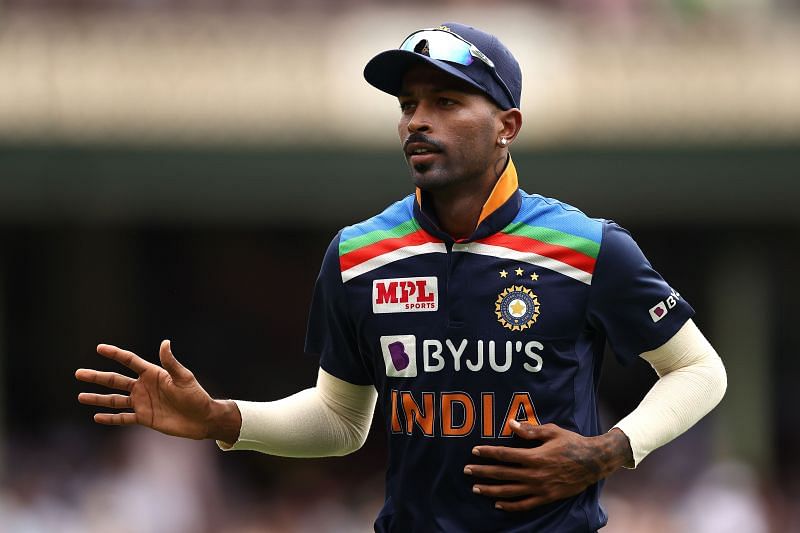 There has been positive news coming in about star India cricketer Hardik Pandya over the last couple of days. On Thursday, it has been learned that the right-hander is “almost there” in giving Virat Kohli a proper bowling option ahead of the New Zealand game on Sunday.

Hardik Pandya has been dealing with back injury issues over the last couple of years which has rendered him to bowl limitedly – he didn’t bowl a single ball in the entire IPL 2021 and has rarely finished his quota of overs for India in the last two years.

Sources in the know of development explained to ANI that Hardik Pandya’s back becomes stiff whenever he bowls. But there have been positive signs recently about his bowling fitness and batting as well in the nets.

“If you see, even during the IPL, he did bowl at the nets in the beginning, but his back started getting stiff and that is why he had to rest and skip the game against Chennai Super Kings on September 19 and against Kolkata Knight Riders on September 23,” a source told ANI.

“But him coming out to bat after his short bowling burst on Wednesday and then to play the pull shots showed that his back was able to hold up. The pivot that comes with playing the pull exerts pressure on the back and if you have muscle stiffness, you cannot attempt that shot. So hopefully, he is almost there when it comes to giving the captain an option as a bowler,” the source added.

Hardik Pandya passed his fitness test and also was seen bowling in the nets on Wednesday. He had sustained a blow on his right shoulder while batting against Pakistan’s Shaheen Afridi in Dubai and was seen clasping his shoulder in pain.

He didn’t take the field during Pakistan’s batting innings as Ishan Kishan substituted for him on the field. Later, it was reported that the right-hander was taken for scans on his right shoulder.

In his short innings versus Pakistan, Hardik Pandya scored 11 runs off 8 balls, wherein he stroked a couple of boundaries.

India lost the match by 10 wickets and now face New Zealand, who also lost their first match to Pakistan, in a crucial encounter in the semi-final race.