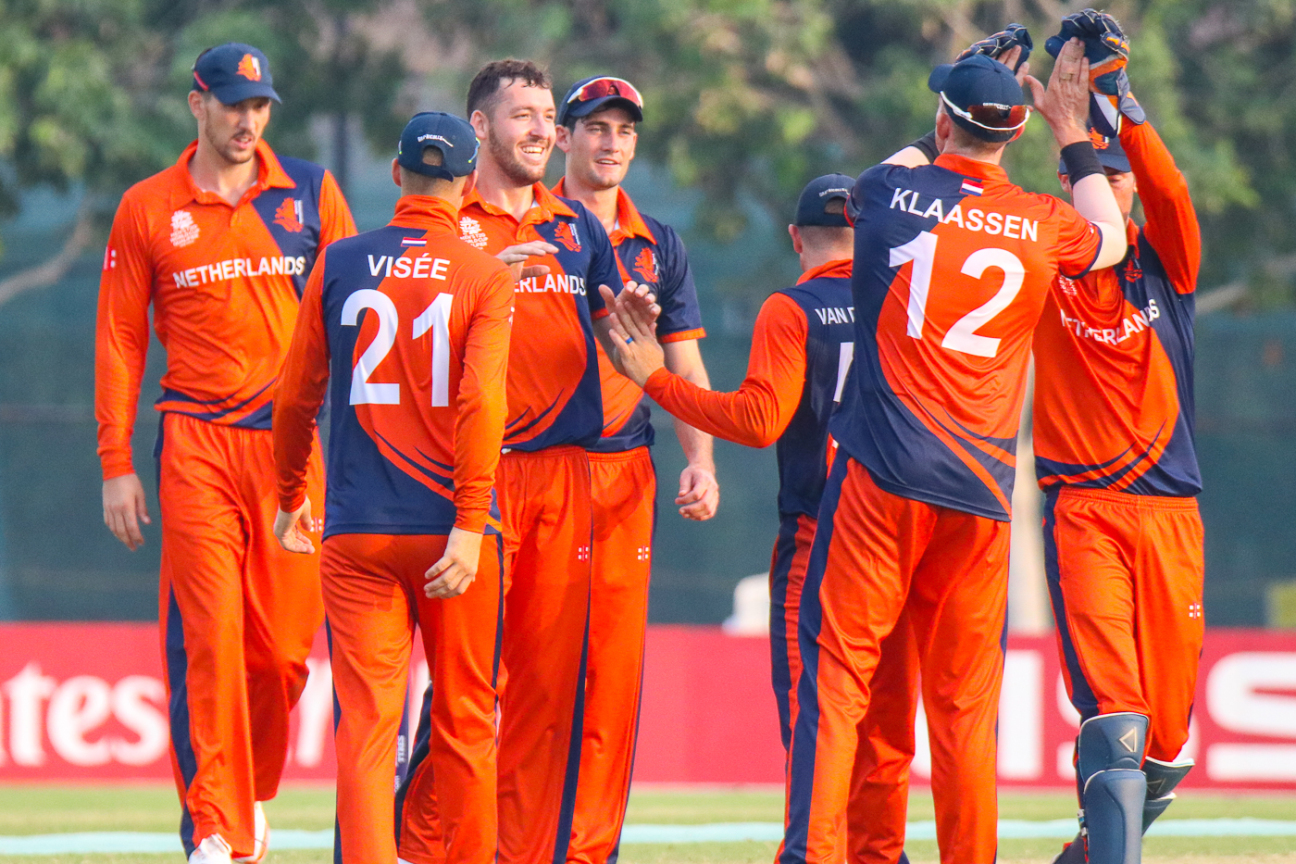 The 12th match of ICC T20 World Cup 2021 sees the Netherlands take on Sri Lanka on Friday at Sharjah Cricket Stadium. The two teams find themselves at the opposite ends of the points table. Sri Lanka have exhibited brilliant performances with both bat and ball and thus are at the top of the table in Group A with 2 wins in 2 matches.

Wanindu Hasaranga and Pathum Nissanka’s sensational performances with the bat helped Sri Lanka win the last game against Ireland by a big margin of 70 runs. Batting first, Sri Lanka made a horrendous start to their innings, losing three wickets for just 8 runs. However, Wanindu Hasaranga and Pathum Nissanka then stitched a brilliant 123-run partnership to lead Sri Lanka’s recovery.

The duo paced their innings brilliantly while mixing aggression with caution. Hasaranga went on to score 71 runs off just 47 balls, while Nissanka aggregated 61 runs in just 47 deliveries. Later, skipper Dasun Shanka chipped in with an 11-ball 21 to guide the team to a par score of 171 runs in the first innings.

Maheesh Theekshana and Karunaratne sent both Paul Sterling and Kevin O’ Brien back to the hut inside the first three overs in the second innings to dent Ireland’s ambitions of chasing down the score.

Sri Lanka kept picking wickets at regular intervals thereafter, thanks to a collective bowling effort from the bowling unit. Andrew Balbirnie scored 41 runs off 39 but there was little support from the other hand. Ireland, in the end, were bundled out for a paltry 101-run total.

Speaking of the Netherlands, the Dutch country have lost both the games they have played in the tournament and thus are out of the race for the super 12s. They will be playing their last game on Friday and would be keen to end their campaign with a win. Their recent form, however, doesn’t inspire a lot of confidence.

In their first match of the competition, the Netherlands were bundled out for just 106 runs, which Ireland chased down in 15.1 overs. The Dutch nation exhibited a much better batting performance in the next game against Namibia. The opener, Max ODowd, once again, starred with the bat as he played a vital 70-run knock-off 56 balls.

Besides, crucial knocks from Ackermann (35 off 32) and Scott Edwards (21 off 11) in the end helped the team reach 164 runs in the first innings. The bowlers too made a good start in the second innings.

The likes of Seelar, Fred Klaasen and Ackermann picked a wicket each to leave Namibia in all sorts of trouble. After 8.2 overs, Namibia found themselves in trouble at 52 for 3. However, a sensational knock from David Wiese turned the game on its head in the latter half of the innings. The South African-born cricketer counter-attacked with a sensational 40-ball 66-run knock and helped the team chase down the score in 19 overs.