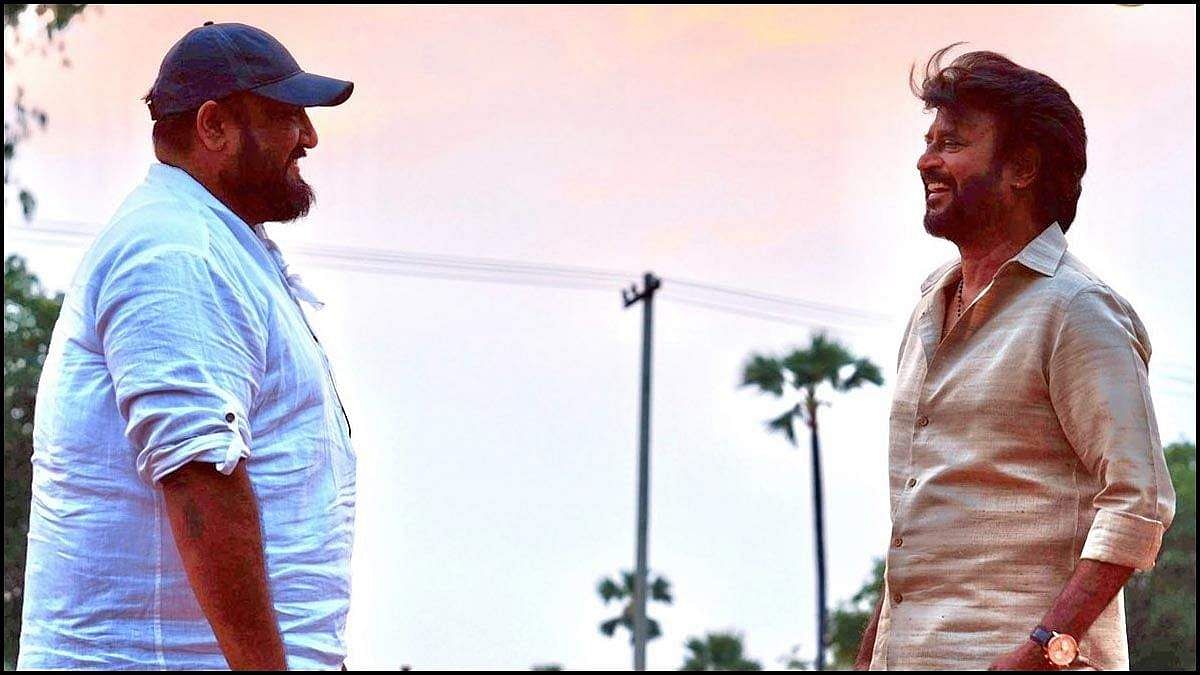 Little Siva was 10 years old when he got the enviable chance to meet his idol, Rajinikanth. His family was already into the business of filmmaking, and hence came this opportunity. Thirty-odd years later, Siva still remembers that moment with great fondness. “He hoisted me on his lap, and I sat staring at him, unable to believe my luck.” Siva can barely come to terms with the realisation that he has now made a feature film, Annaatthe, with his childhood hero. “Rajini sir’s films are the milestones around which I remember my childhood,” he says. “And now, to get the chance to make a ‘Superstar film’ with the Superstar… I’m profoundly grateful to god for this opportunity.” ‘Superstar film’ is Siva’s coinage for a type of film, a concept he has much faith in. “Thriller, action, comedy… Just like these genres exist, ‘Superstar film’ is a genre unto itself,” he says.

The director remembers cycling 20 kilometres as a teenager to get tickets for Rajinikanth films. “The excitement of a Rajinikanth film made sure that I never felt fatigued. It didn’t seem then that cycling that far was a big deal,” he says. It helped that as he came out from watching the film, the background music and the heroic scenes provided him with the energy needed to cycle back home. “A Rajinikanth film is a process, isn’t it?” asks Siva. “It begins with all the heady hype, and then, there’s the joy of watching it. And once you are done watching it, you get filled with a certain optimism and positive energy. It’s all this that makes a Superstar film.”

It’s such a film he set out to make with Annaatthe, and indeed, this was among the earliest conversations he had with Rajinikanth, who had shown interest in collaborating with him after being wowed by films like Siruththai and Viswasam. When the actor wanted to know what film Siva was planning on making with him, the latter said what he had dreamed of all along: “Superstar film”. Rajinikanth apparently laughed in response—that legendary, staccato laugh—and wanted to know what Siva meant, “even though he already knew”. “A Superstar film is one that has all elements, like sentiment, comedy, and action, and one that is designed to appeal to everyone,” he says. “I wanted to recreate the joy and innocence of films like Muthu, Annamalai, Padayappa…” Among the striking features of such Rajinikanth hits from the 90s are the actor’s trademark gestures—a swish of the hand or fingers running through his hair—and of course, those unforgettable punchlines, but Siva doesn’t think these are essential components of a ‘Superstar film’. He finds them dispensable, in fact. “The punch dialogues don’t necessarily need to be repeated many times over, but it is important that they be powerful. For instance, one of the dialogues from Annaatthe’s trailer that speaks of how God will help women who are courageous and righteous, has been getting shared everywhere.”

The shooting of this film encountered many challenges, including the pandemic and the heavy toll it extracted, which includes the late SP Balasubrahmanyam. It was also reported that the film was occasionally obstructed by the health issues of Rajinikanth. Siva, however, isn’t one to spend his time sulking. “Those who know me well, know that I am one to seek solutions, not one to be sunken by problems. When people around us are suffering, a feature film isn’t priority. It’s only after the situation got better did we begin to think of the film once again.” The late SPB’s last track is Annaatthe’s first, ‘Annaatthe Annaatthe’, and Siva calls it an unforgettable experience. “As director with their hands full, we usually don’t attend song-recording sessions, but this was a recording I wasn’t going to miss. You know how there is great enjoyment in watching a skilled craftsman at work? It’s like watching a great cricket innings. Watching SPB sir at work was something similar, and is among the greatest pleasures I have had as a filmmaker.”

Siva isn’t just a filmmaker who prioritises sentiment; he’s sentimental by nature. “If someone near me cries, it breaks me. Arivarindhu yaarayum kaaya padutha koodadhu.” He’s an emotional man, who thinks that tears are not a sign of weakness. “When I wrote the ‘En jaami’ dialogue for Viswasam, I welled up. I knew the audience would too. I wrote Annaatthe’s script with the same emotional investment. There were many places in the script when my heart hung heavy.” I offer that ‘sentimental films’ do the important job of telling people that it’s okay to feel deeply, in contrast to the numbing effects of everyday routine and drudgery. Siva agrees: “People seem to be focussing more on process these days than on purpose. You work hard, great, but for what? Working and earning is a process; the purpose is to be happy and keep everyone around you happy. It’s important to remember that.”

Comparisons have been made with Siva’s earlier films like Vedalam and Viswasam, given that Annaatthe too is about the ‘sister sentiment’ and has an estranged rural protagonist looking to mend an important relationship in the big, bad city. Siva believes that regardless of whether it’s a parental bond or a sibling relationship, the emotion at the core is paasam. “It’s at the heart of every relationship. And yes, being a younger brother in the family and growing up with so many cousins, I do feel strongly about the sibling bond.” He succinctly explains the sanctity of this relationship: “Sibling is the first friend god gifts us.”

The conversation moves to the return of Rajinikanth to the village setting. Older Rajinikanth films have often pitted the village against the city, lauding the former as the home of virtue while condemning the latter as a hotbed of corruption. “I have lived in both places and can tell you that one isn’t better than the other. Good and bad people live everywhere,” says Siva. “What’s true though is that village people, on account of lesser exposure, are more naïve, more innocent. Perhaps our films, in trying to emphasise this characteristic, ended up romanticising villages.” In such setting, social evils like casteism continues to thrive, and I ask Siva if it’s hard for him to side-step such issues while speaking of a rural leader figure like Annaatthe. “My objective through cinema is to reinforce the importance of a healthy, happy family. In the said family, I believe that every individual must be conscientious, loving, dutiful, and disciplined. My social responsibility as a filmmaker lies in encouraging every individual to maintain healthy, compassionate relationships with those around him. When a family thrives, society thrives; when society thrives, the nation thrives.”

It’s apparent during the conversation that Siva is an admirer of many qualities of Rajinikanth— innocence, in particular. “He’s a rare combination of intelligence and innocence. In Annaatthe, that’s why I have Thangameenatchi (Keerthy Suresh) telling him, ‘Pachchai kozhandhai annan, neenga!’” That’s why the director derives so much satisfaction out of being told by Rajinikanth himself that he was happy throughout the film’s shooting. “Romba santhoshamaa irukken,” the Superstar would often tell everyone. Siva believes that this has translated into an energetic, involved performance in Annaatthe. “After watching the film, he hugged and kissed me. It means so much to me that this man, who had entertained me for more than 40 years, showered that affection on me. Enakku romba sandhoshatha kuduthuchu.” It’s a word—‘sandhosham’—that Siva too prioritises over all else. It’s why the lows of Vivegam or the highs of Viswasam don’t have a profound effect on him; his happiness, he says, lies in the process… of filmmaking. “I seek happiness, not appreciation,” says Siva.