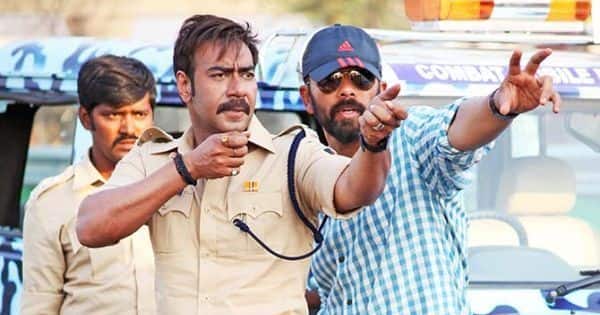 Rohit Shetty’s recent release Sooryavanshi is doing well at the box office and now, the filmmaker has a subject for his next. According to reports, the hit jodi of Ajay Devgn and Rohit is back for Singham 3. The film is set to be based on the controversial revocation of Article 370 from Jammu and Kashmir. The film is slated for an Independence Day 2023 release. Also Read – RRR song Naatu Naatu: ‘Goosebumps is a small word’ Fans give a huge thumbs up to Jr NTR and Ram Charan’s fab dance moves – see Twitter reactions

A source told Bollywood Hungama that Rohit and Ajay had been contemplating on multiple ideas for making Singham 3 and they have finally zeroed in on a subject. The source added that the third instalment will be set in Kashmir against the backdrop of Article 370 being revoked by the Government of India. “It will take references from true events and also showcase how this move of the government has shaken the terror outfits,” stated the source. Also Read – Into the Wild with Bear Grylls and Vicky Kaushal teaser: The Uri star keeps his ‘JOSH HIGH’ as he faces sharks and his secret biggest fear

Article 370 gave special status to Jammu and Kashmir. It was administered by India as a state from 1954 to 31 October 2019, conferring it with the power to have a separate constitution, a state flag and autonomy over the internal administration of the state. On 5 August 2019, the Government of India issued a Presidential Order superseding the 1954 order. Thereby, all the provisions of the Indian constitution were applicable to Jammu and Kashmir. Also Read – Sooryavanshi box office collection day 5: Akshay Kumar, Katrina Kaif, Rohit Shetty’s film sails into 100-crore club; eyes 120+ crore week 1 domestically

According to reports, the film will be shot in Delhi and Kashmir and is expected to go on floors in September next year. The complete details of the film along with the official announcement will happen soon.

Meanwhile, Rohit’s Sooryavanshi’s collections have crossed Rs. 100 crore net in 5 days. The week 1 collection of the Akshay Kumar-Katrina Kaif starrer is expected to be around Rs. 115-120 crore net.