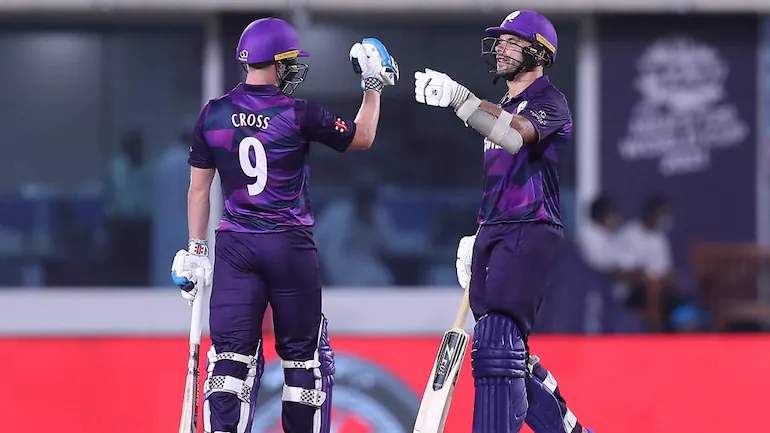 After exhibiting a sensational start in round one, a high-flying Scotland team was brought down to the ground by Afghanistan on Monday. Scotland conceded a mammoth 190-run total in the first innings and then bundled out for just 60 runs in the second innings.

Ahead of the next game against Namibia, they would look to make a strong comeback. Here’s a look at our predicted playing XI of Scotland for the clash.

Both are in decent form with the bat. Chasing 190 in the last game, George Munsey and Kyle Coetzer gave the side a decent start. The duo added 28 runs in 3.2 overs. However, once the skipper departed,  wickets fell in a cluster and Scotland never recovered from there on. Munsey scored 25 off 18 in the last game, while Koetzer made 10 off 7 balls.

The trio has been key to team’s fortunes and Scotland wouldn’t want to make any changes in the middle-order. Berrington has starred with the bat. Although, he fell cheaply in the last game.

He would be keen to make a strong comeback. Mathew Cross played a vital 26-run knock in the last game of the first round. However, the Scottish batter got out cheaply against Afghanistan. Calum MacLeod too got out on the very first ball of the innings.

Chris Greaves exhibited a superb all-around performance against Bangladesh in the first match of the qualifying round. However, he has made forgettable returns since. He scored 12 runs off 12 balls in the last game against Afghanistan.

Mark Watt will continue to be the second all-rounder in the side. Watt bowled beautifully in the last game against Afghanistan. Despite the other bowlers going for more than 10 runs an over, Watt went for just 23 runs for one wicket in his quota of 4 overs.