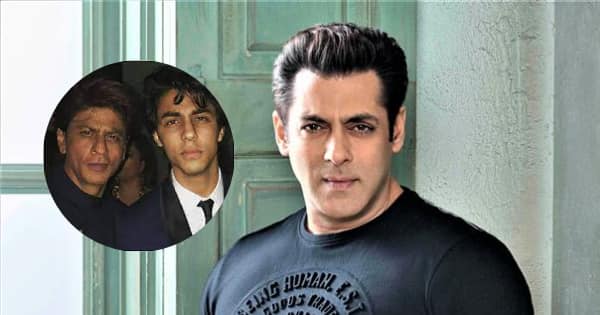 One friendship in Bollywood that has stood the test of time, controversy and competition is that of Shah Rukh Khan and Salman Khan. And therefore, it is no surprise that the Antim star is standing by his friend Shah Rukh like a rock during these testing times. Salman was the first one to reach SRK’s home Mannat when Aryan Khan was nabbed by the NCB in the ongoing Mumbai drugs case. And he has ensured to be by Shah Rukh’s side throughout. According to reports, Salman has not been frequently visiting Shah Rukh and Gauri at their Bandra home but has also been in constant touch with them through phone, taking regular and multiple updates about the case during the day. Also Read – Aryan Khan drugs case: Ananya Panday is nervous and distraught, rumoured boyfriend Ishaan Khatter ‘big support’ during this testing time

There are also reports that Salman and his whole family have been worried about Aryan and have been praying for the star kid and the family. According to reports, Salman’s parents Salim, Salma and Helen have been constantly praying for Aryan to come home. Not only Salman, but they are also keeping a close tab on the case, hoping every day that there is a favourable conclusion to all this. Also Read – Aryan Khan bail hearing: 10 points that the star kid’s lawyers have kept before the Bombay High Court

There are also reports that Salman was to shoot an important sequence for Tiger 3, which also involved Shah Rukh Khan’s Pathan character. While the actor had the option to shoot his part, where Shah Rukh’s part could have been patched later, he asked the makers to postpone the schedule and shoot only once Shah Rukh is back on the set. Sources say that Aryan’s case is the most important for Salman Khan right now and he is only working on those work commitments which cannot be delayed. Also Read – When Shah Rukh Khan revealed that son Aryan Khan considers him his superhero – watch

The hearing in Aryan Khan’s bail plea will resume in the Bombay High Court on Wednesday. Shah Rukh Khan and Gauri have pinned on hopes on the verdict and are waiting to bring their son home.