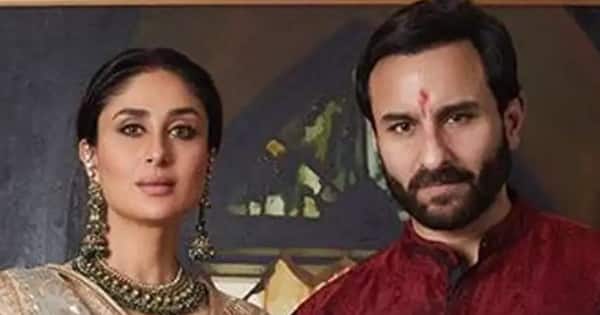 Saif Ali Khan became a dad for the fourth time in 2021. His son Jeh Ali Khan was born in February. He said, “Nahi family badh jaane ka pressure nahi hai. Mujhe is baat ka darr hai ki agar mein ghar baitha rahunga toh or bachche ho jayenge. (No, there is no such pressure. Rather, I am scared that if I sit at home I might become father to more kids).” The actor has said that he enjoys fatherhood immensely. He also said that mentally his age was like that of his infant, Jeh. Even Kapil Sharma became dad to a baby boy, Trishaan in 2021. Also Read – Trending TV News Today: Fans bored with Tejasswi Prakash-Karan Kundrra’s romance in Bigg Boss 15, Kapil Sharma makes Amitabh Bachchan wait for hours, Divyanka Tripathi on body positivity and more

Some days back, Saif Ali Khan told Kapil Sharma that there was not a single picture with him on the green room of The Kapil Sharma Show. He has been on the show on numerous occasions. Saif Ali Khan is dad to Sara Ali Khan, Ibrahim Ali Khan, Taimur Ali Khan and baby Jeh. The cuteness of the youngest member is winning over the Internet. Also Read – Kaun Banega Crorepati 13: Kapil Sharma makes Amitabh Bachchan wait for more than four hours; gets pulled up by Big B ‘Aapko humne milna tha 12 baje…’ – watch video