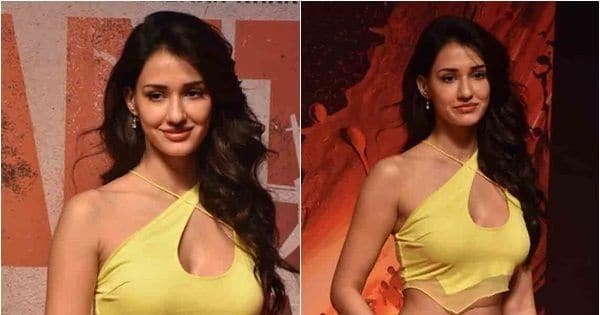 Disha Patani made heads turn when she made a steamy appearance at Salman Khan‘s Antim
screening in Mumbai on Friday. Disha looked hot in yellow crop top and denims. She was the livewire of the event. But netizens felt something was unusual in the way Disha looked as she posed at the event. Also Read – DYK? Salman Khan’s heroine in Antim was a child actor in Balika Vadhu: A look at Mahima Makwana’s incredible journey

As the pictures and videos of Disha surfaced on social media, many people said that Disha was looking different. They were quick to conclude that Disha might have opted for a nose or lip job to enhance her looks. And within on time, Disha sparked rumours of her apparent face surgery. Also Read – Antim special screening: Salman Khan seeks blessings from an elderly fan; netizens say, ‘dil jeet liya bhai’ – Watch

“Another actress who has ruined her face !! #waxstaue,” wrote one user. “She is looking so different,” another user commented. “She had done something to her nose,” another user commented while the other one said, “Definitely a surgery.. nose or lips??” followed by another one who commented, “She definitely has done something to her face!” Also Read – ‘Mehnat karo bhai’ Salman Khan says superstars won’t handover stardom to younger generations easily

Disha, who was seen as ‘Diya’ in ‘Radhe: Your Most Wanted Bhai’ opposite Salman Khan, had recalled working with him and Prabhu Deva in it. She played the role of Jackie Shroff‘s (Abhyankar) sister. She appeared to be a fun-loving girl and the amusing banter between Salman Khan and Disha Patani were quite entertaining.

On the work front, Disha will be next seen in filmmaker Mohit Suri’s upcoming directorial ‘Ek Villain Returns’ alongside John Abraham, Arjun Kapoor and Tara Sutaria. The film is a sequel to the 2014 blockbuster ‘Ek Villain’, which featured Sidharth Malhotra, Riteish Deshmukh and Shraddha Kapoor.