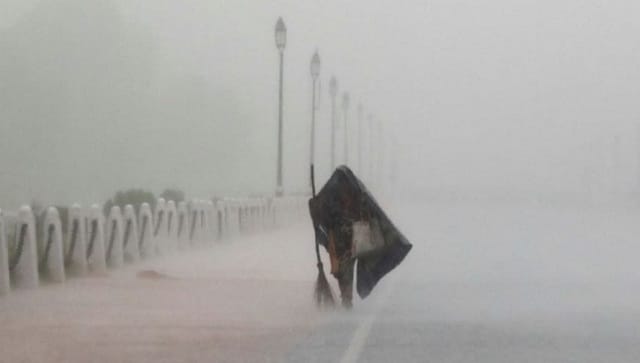 Kerala has been witnessing extreme rainfall since 16 October, which has led to a series of landslides in the Kottayam district

As Kerala battles flash floods, a terrifying video has emerged of a house being washed away by strong river currents in the aftermath of heavy rainfall. The incident took place in Kottayam’s Mundakayam on 17 October.

The video of the house being washed away was shared by ANI and has gone viral on social media, receiving over 60,000 views till date. See it here:

#WATCH | Kerala: A house got washed away by strong water currents of a river in Kottayam’s Mundakayam yesterday following heavy rainfall. pic.twitter.com/YYBFd9HQSp

According to reports, the two-storey house was built with the ground floor adjacent to the Manimala river, while the first floor was built at the same level as the road. The first floor became “unhinged” from the road after deep cracks appeared in it due to the heavy rainfall and landslides affecting the region.

The 14-second video shows cracks appearing on the ground in front of the house. The river can be flowing angrily behind the house. Eventually, the house separates from the road, the structure tilts back and is washed away by the river.

“It is gone,” someone can be heard shouting even before the house falls. People can be seen looking on helplessly as the house collapses and gets washed away in the river’s currents. According to reports, the residents of the house had been evacuated earlier by officials, leading to no loss of life in the horrifying incident.

Kerala has been witnessing extreme rainfall since 16 October, which has led to a series of landslides in the Kottayam district.

The rainfall has been triggered by a low-pressure system developed in the southeast Arabian Sea on 14 October. According to Indian Express, at least 22 people have died due to the landslides in Idukki and Kottayam districts till date.

According to the India Meteorological Department (IMD), a fresh spell of easterly wave is likely to affect south peninsular for three to four days, starting 20 October. The spell is likely to cause fairly widespread rainfall over Kerala, Tamil Nadu, and south Karnataka.