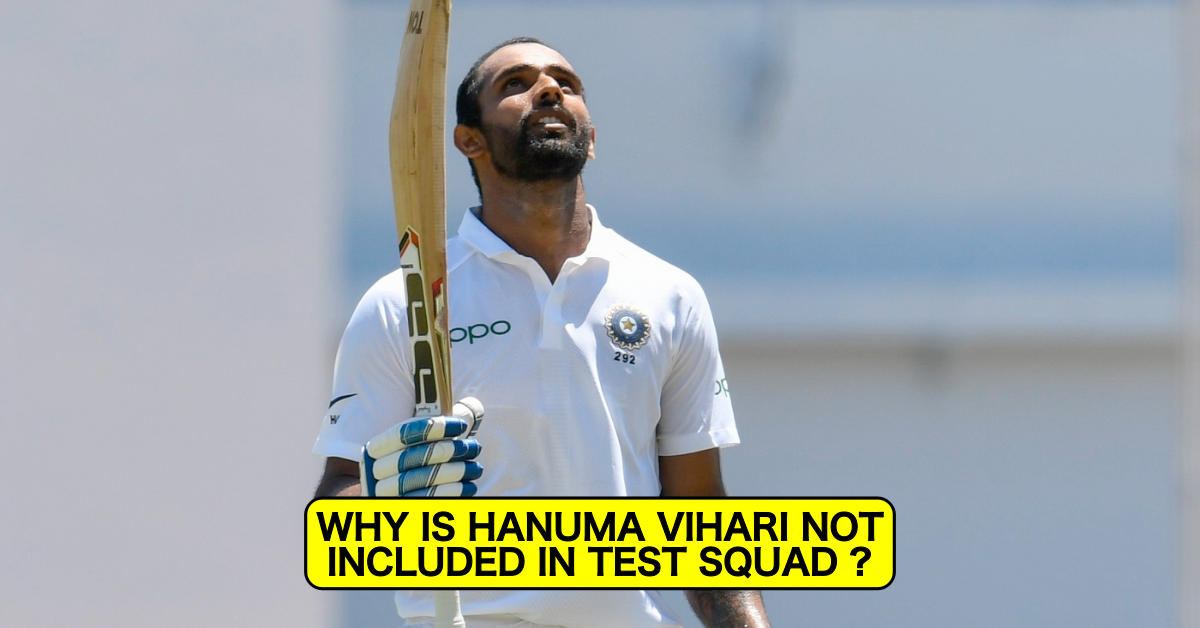 Indian middle-order batsman Hanuma Vihari was not included in the Indian Test squad for the upcoming series against the New Zealand team at home. The BCCI announced the squad for the 2-Test series in which five regular players have been rested.

Virat Kohli, Rohit Sharma, Rishabh Pant, Jasprit Bumrah, and Mohammad Shami have all been given the breathing room they needed after a hectic last few months. In the absence of the key players, Vihari was expected to fit in the middle-order.

However, the squad list didn’t have his name in it and the reason behind it wasn’t stated by the board. Now according to a report in ESPNcricinfo, Vihari will be jumping on the plane to South Africa as part of the India ‘A’ squad.

He wasn’t part of the initial squad that was announced but he has reportedly been added to it since. The India ‘A’ team will play three four-day games starting on November 23. Vihari last played a Test for India in Sydney where he sustained a major injury.

As for the first Test against the Black Caps, Ajinkya Rahane has been named as the captain and Cheteshwar Pujara will act as his deputy. Shreyas Iyer and Prasidh Krishna have received their maiden call-ups to the national Test team as well.

Also Read – T20 World Cup 2021: He Is Our Main Bowler And Has Won Many Matches For Pakistan – Babar Azam Bats For Hasan Ali