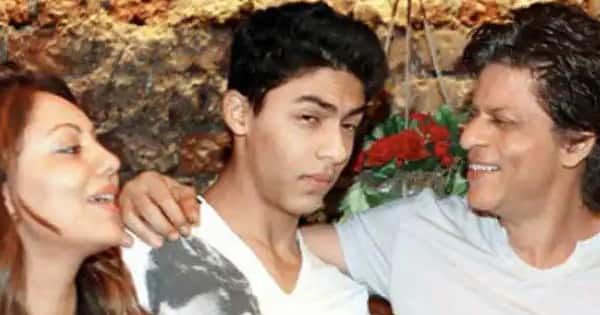 Shah Rukh Khan‘s family has had quite a rough year due to Aryan Khan‘s drugs case. The eldest son of King Khan was arrested by the Narcotics Control Bureau after a surprise raid was conducted on a cruise. It took almost a month for him to acquire bail. Aryan Khan had to spend almost three weeks in jail before the Bombay High Court granted him bail. Now there are several reports doing the rounds that Aryan Khan has become much quieter and his parents are doing their best to get his life back on track. Meanwhile, Aryan celebrates his birthday tomorrow. Reports say that it is going to be family only celebration for him. Also Read – Aryan Khan’s birthday: Suhana Khan is all heart for an adorable throwback picture posted by cousin Alia Chhiba ahead of her brother’s birthday

As per a report in Etimes, Aryan Khan is going to spend quality time with his family at home on his birthday. No elaborate party has been planned for him given all that he has gone throw. Generally, Aryan Khan allegedly spends his birthday with friends and family and receives expensive gifts too. However, this year it will be a low key celebration for him at home. Sister Suhana Khan is expected to join the celebration over FaceTime. Also Read – Shah Rukh Khan’s big move for Aryan Khan before he gets back to work on Lion, Pathan, Tiger 3 [Exclusive]

Talking about Aryan Khan, we recently told you that Shah Rukh Khan has done something special for him. Before he sets to resume work, King Khan has allegedly decided to keep his bodyguard Ravi Singh with Aryan Khan. There were rumours that SRK is hunting for a bodyguard to be around Aryan, however, now it seems, he has decided to appoint his most trusted security guard to take care of his son. Also Read – From Aryan Khan to Nysa Devgn: These starkids are spitting images of their superstar parents