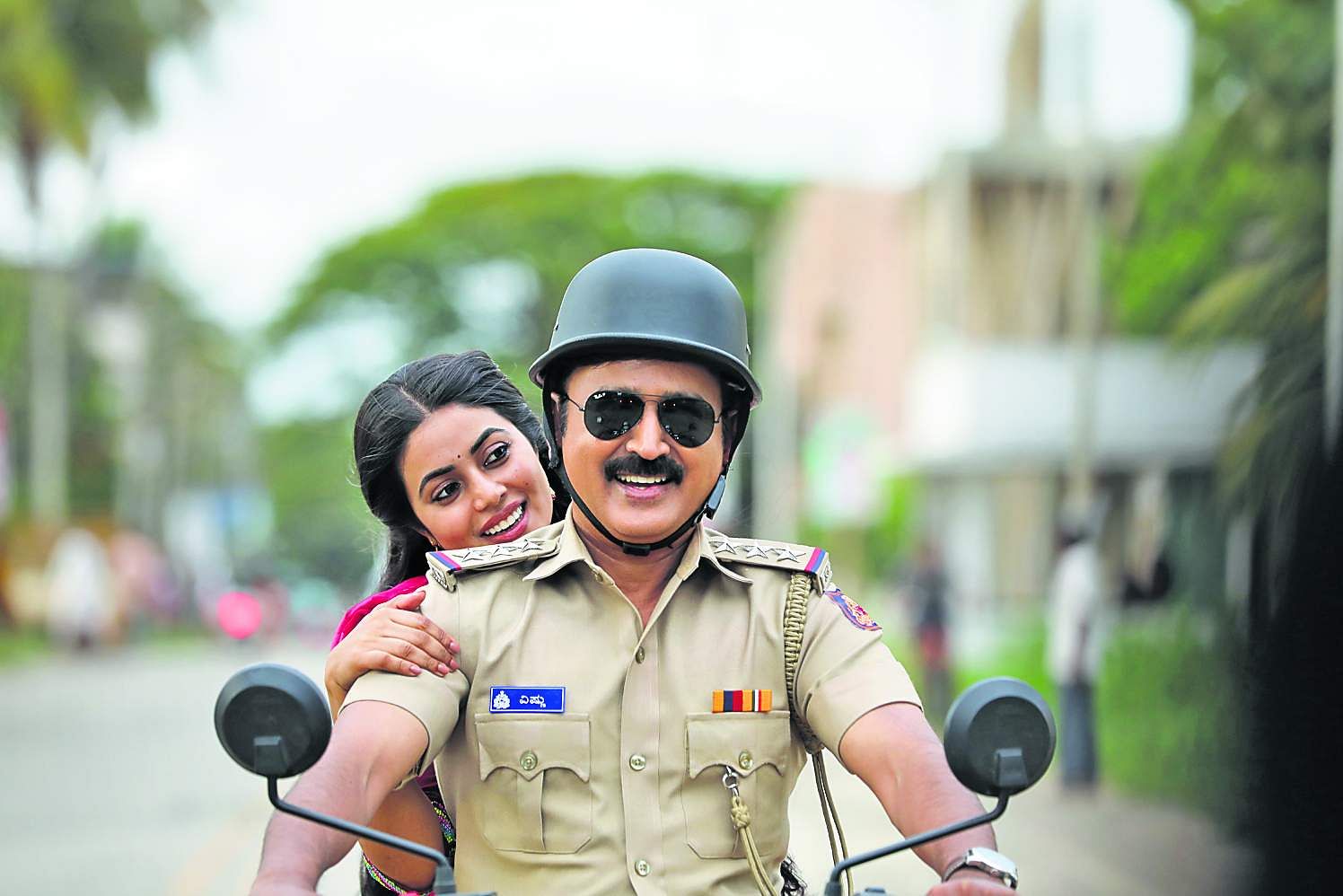 Actor Poorna is excited about getting back to Sandalwood after a decade. She is part of the upcoming cyber crime thriller, 100, which stars Ramesh Aravind in the lead. The latter has also directed the Ramesh Reddy-backed film, which will be released on November 19. “Firstly, I should thank Ramesh Aravind, who made sure I got comfortable and helped me to get the lines right. Rachita Ram too was helpful,” says Poorna.

Poorna shares that she has a special attachment with Sandalwood, and recalls her experience working in her debut Kannada film, Josh. “I did Josh when I was in my eleventh standard. It was a time when I was just entering the cinema. So learning languages was easy for me. Now getting back to doing a Kannada film after a hiatus, I feel I was back in kindergarten. For 100,  I wrote the lines in my language and learned it before I went for the take. This also made me understand that I should be an active part of Sandalwood just like I am doing in Tamil and Telugu,” says the actor.

Talking about working with Ramesh Aravind, Poorna says that she enjoyed watching his work over the years. “Ramesh Aravind holds the same charm even today, and I have often expressed this to him on the sets. Even though I had completed shooting for the film before the lockdown, he made sure to stay connected and always sent his best wishes,” she says.

This is not the first time Poorna is part of a crime thriller, but the actor shares that 100 was indeed a different subject. “This film will make everyone realise the impact of phones, and how, of late,  the instrument has been a threat, especially for young girls,” explains Poorna, who adds that as an actor and a public figure, she has been doubly careful while handling the phone.”100 will be a film that will be important for girls and families.”

Poorna also had a few words to say about the late actor Puneeth Rajkumar. “When I began my stint in Kannada, I used to listen to a lot of songs that featured Puneeth Sir. I knew he was a big star and heard a lot of good things about him from my co-artiste and best friend Bhavana. His passing away is unfortunate.” she says.