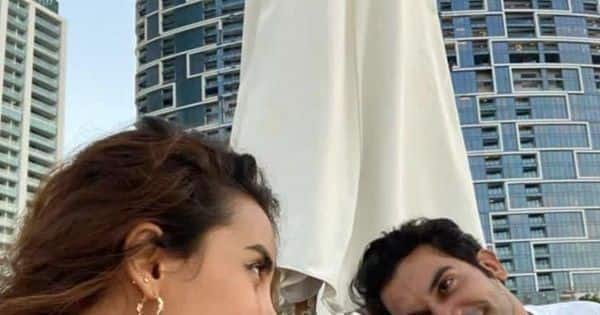 As of now, everyone’s focus is on the Vicky Kaushal and Katrina Kaif wedding that is supposed to happen in the first week of December. But now news is coming that Rajkummar Rao and Patralekhaa might just marry before that. As per a report in Pinkvilla, they are planning to tie the knot in a low-key ceremony after Diwali. The couple have decided to ditch the idea of a fancy destination wedding and will have a simple ceremony. The dates are apparently from November 10-12. It seems like close friends of Rajkummar Rao and Patralekhaa are aware of the same. The couple have not made any formal announcement on the same. Also Read – Vicky Kaushal-Katrina Kaif wedding: Shoots of Sam Bahadur and Tiger 3 pushed to next year due to couple’s December wedding? Here’s what we know

The couple have been together for a decade. Theirs is one of the most low-key and ever-lasting relationships in Bollywood. Patralekhaa has said that she saw him for the first time on screen in the film Love Sex Aur Dhoka. She said, “I thought that the weird guy he played in the film was actually what he was like. My perception of him was already tarnished. He told me later, that he had first seen me in an ad and thought, ‘I’m going to marry her.’ It was so ironic!” Also Read – Bigg Boss 15: Salman Khan says ‘qubool hai’ as Katrina Kaif EXPOSES his big secret – watch video

Rajkummar Rao and Kriti Sanon’s Hum Do Hamare Do has just released. The movie has got mixed reviews. This year, Yami Gautam gave us a huge surprise by getting married to Aditya Dhar in a simple ceremony in Himachal Pradesh. The pandemic has put a stop to the notion of big fat weddings. Vicky Kaushal and Katrina Kaif are supposed to be marrying in the first week of December at the Six Senses Fort Barwara, which is a luxury resort in Sawai Madhopur in Rajasthan. The actress has denied the news. Let us see which of these weddings actually happen! Also Read – Trending Entertainment News Today: Shah Rukh Khan’s Mannat decked up for Aryan Khan’s homecoming; Salman Khan to make Katrina Kaif reveal her wedding plans with Vicky Kaushal and more