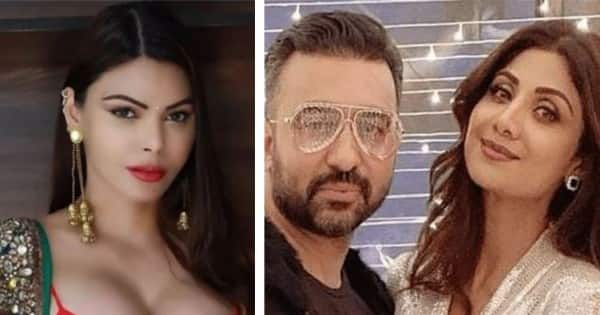 After Shilpa Shetty and Raj Kundra filed a defamation against Sheryln Chopra for ruining their reputation by making false and baseless allegations against them, the model and actress has replied to their case by sending a legal notice to couple seeking Rs 75 crore for mental harassment. She also claimed that the duo threatened her with underworld as her notice reads, “Raj Kundra and Shilpa Shetty threatened me with underworld and now sent me defamation notice but I’ll not get scared. I request police to record my statement so that cognizance can be taken of my complaint. I’ve sent reply notice asking for Rs 75 crore for mental harassment.” Also Read – Did Shilpa Shetty fulfill her ‘mannat’ for Raj Kundra’s bail by shaving her head off in an undercut?

The Right to Reputation & the Right to Privacy cannot be protected at the cost of the Right to Life & Dignity which comes under the ambit of Article 21 of the Constitution of India. https://t.co/Gu9v0DjeYo

Shilpa Shetty and Raj Kundra had sent a legal notice to Sherlyn Chopra through their advocate Prashant Patil, where they asked her a public apology in newspaper and on digital platforms failing to which they will take strict action against her. “Failing which my clients shall institute appropriate civil and criminal proceedings against you (Sherlyn Chopra) without further reference to you,” the notice said. “The entire allegations made by Sherlyn Chopra against Raj Kundra and Ms Shilpa Shetty Kundra, are concocted, false, fake, frivolous, baseless, without any evidence, even to Sherlyn Chopra’s knowledge and have been made with an ulterior motive to defame and extort money,” it said. Also Read – Before Shilpa Shetty-Raj Kundra, Bollywood celebs had boycotted and distanced themselves from THESE stars – check out shocking list