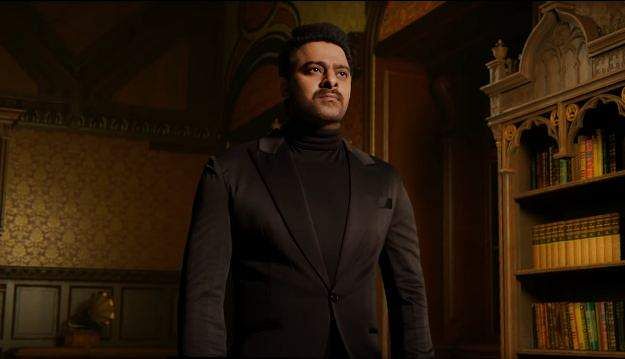 A character teaser of Prabhas from his much-awaited Sankranti release Radhe Shyam was released earlier today, on the occasion of the actor’s 42nd birthday.

The video confirms that Prabhas plays the role of a fortune teller (palmist) named Vikramaditya. Vikramaditya says that he is no god and neither one of us. He sees everything but refuses to tell us anything. The teaser, too, doesn’t tell us much about the plot of the film.

The period fantasy is set in 1970’s London, and it stars Pooja Hegde as the female lead.

The film has Mithoon and Manan Bhardwajas as the music composers for the Hindi version, while Justin Prabhakaran will compose music for all four southern languages.

Radhe Shyam is presented by Gulshan Kumar and T-Series. The film will release in multiple languages across the world on January 14.