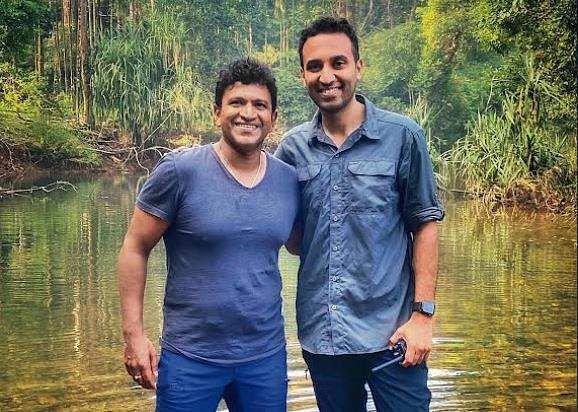 Puneeth Rajkumar’s latest tweet has led to speculations about the next project that will be made under his home banner, PRK Productions. The tweet read, “A story was born decades ago. Our people, the glory of our land. Our grassroots are spread all over the world. Inspiration for generations was indomitable. The time has come to recount that history.”(sic)

Made by PRK Production in association with Mudskipper, the project is said to be about an adventure journey taken by Puneeth and captured by filmmaker and wildlife photographer, Amoghavarsha, and has music composed by Ajaneesh Loknath. There were rumours of the Power Star traveling extensively in the coastal belt a couple of months ago, and a few pictures from this trip did surface on social media. A congratulatory message by Puneeth to the Wild Karnataka team on receiving 67th National Film Awards further adds fuel to the kind of project this is going to be.

Another interesting piece of news is that the film might be titled Gandhada Gudi or Ondu Muttina Kathe, which are both inspired by classics starring legendary actor Dr Rajkumar.

An official announcement of the project will be made on November 1, on the occasion of Kannada Rajyotsava.