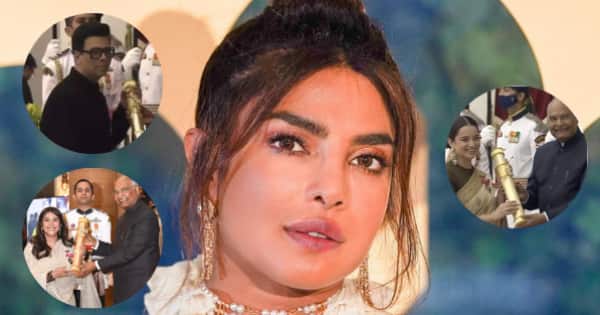 Padma Shri Awards were given to those who made significant contributions in various sectors across the country on 8th November, Monday. Karan Johar, Ekta Kapoor, Kangana Ranaut were amongst the Indian Film industry celebrities who were recipients of the fourth-highest civilian award. Congratulatory wishes and posts have been coming up for all the Padma Shri award winners. Priyanka Chopra who is in LA took to her social media handle and congratulated the ‘everyday heroes’ who deserved the prestigious award. She shared their stories on her Instagram stories. However, the Jee Le Zara actress skipped sharing/ wishing Karan Johar, Kangana Ranaut, Ekta Kapoor and Adnan Sami who were also lauded on Monday. “Stories that deserve to be acknowledged and awarded. Unencumbered by their situation, these everyday heroes have shown us the true meaning of being selfless, (sic)” Also Read – Naagin 6: Salman Khan’s Antim actress Mahima Makwana is all set to be the next naagin in Ekta Kapoor’s fantasy saga? Here’s what we know 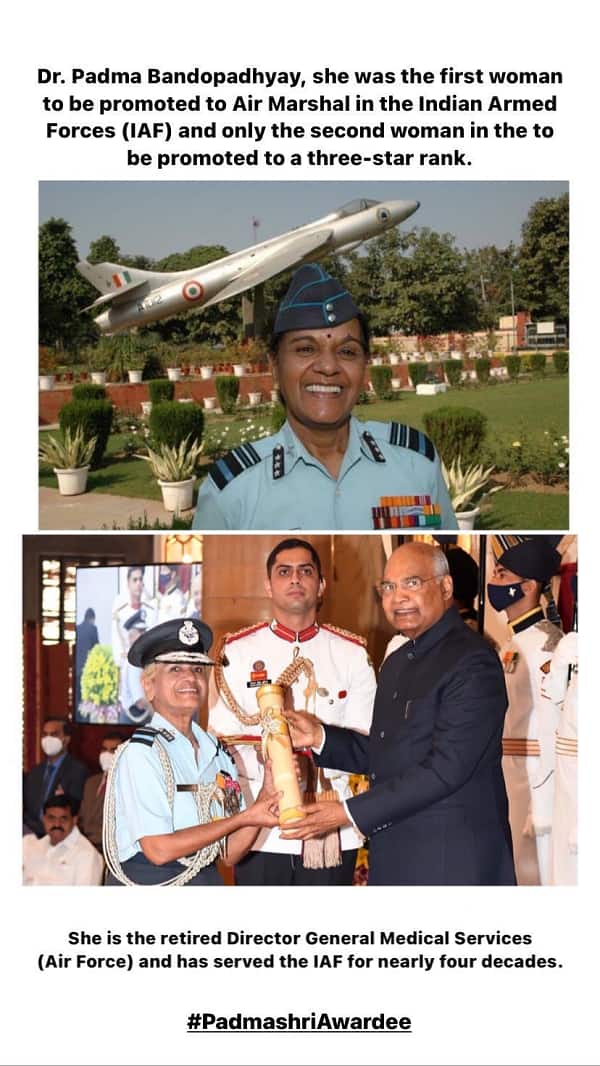 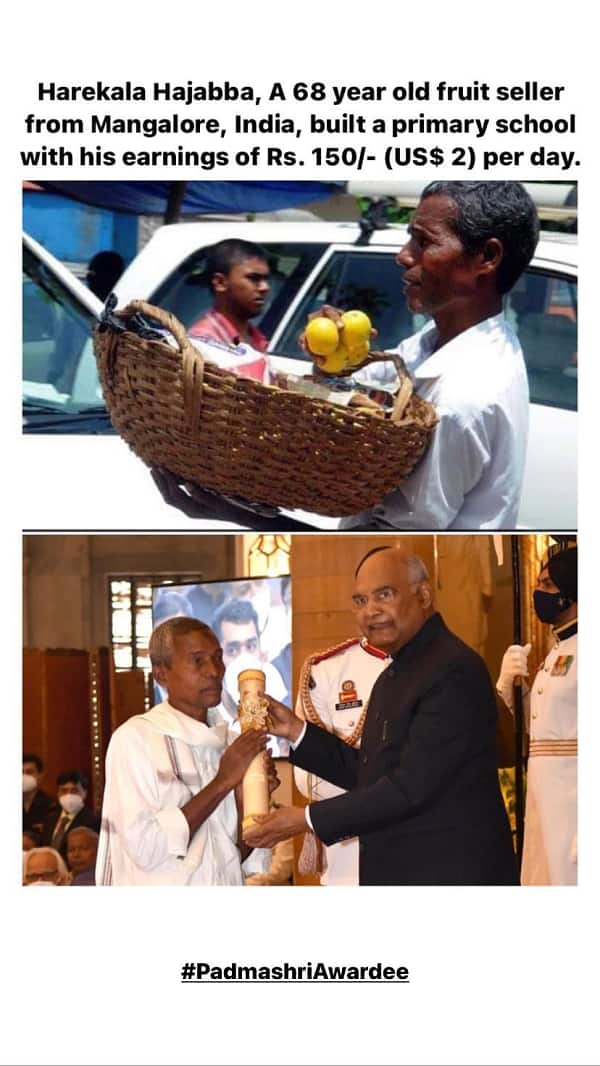 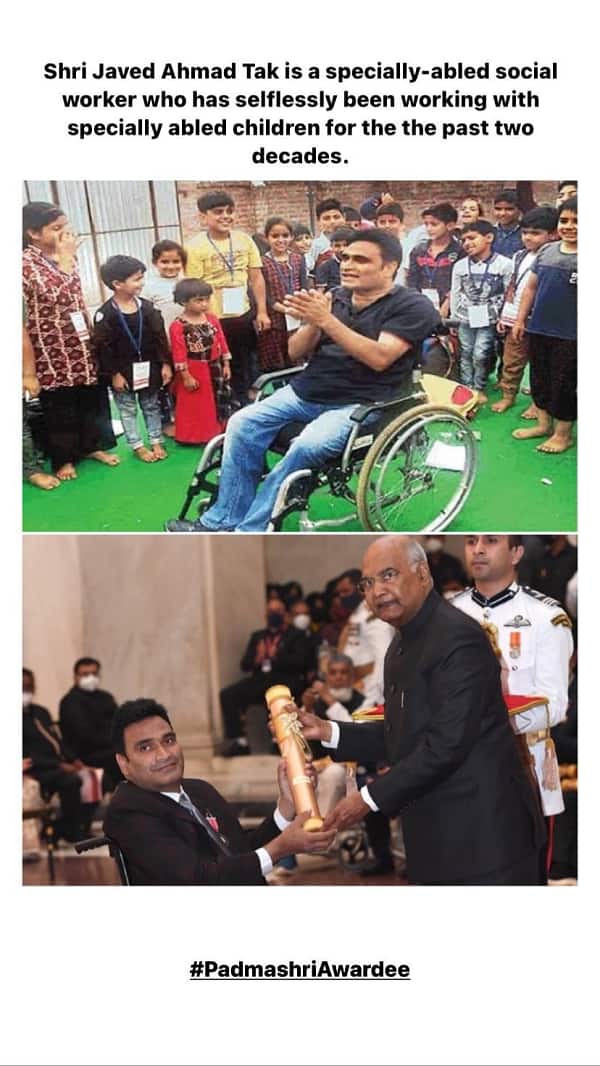 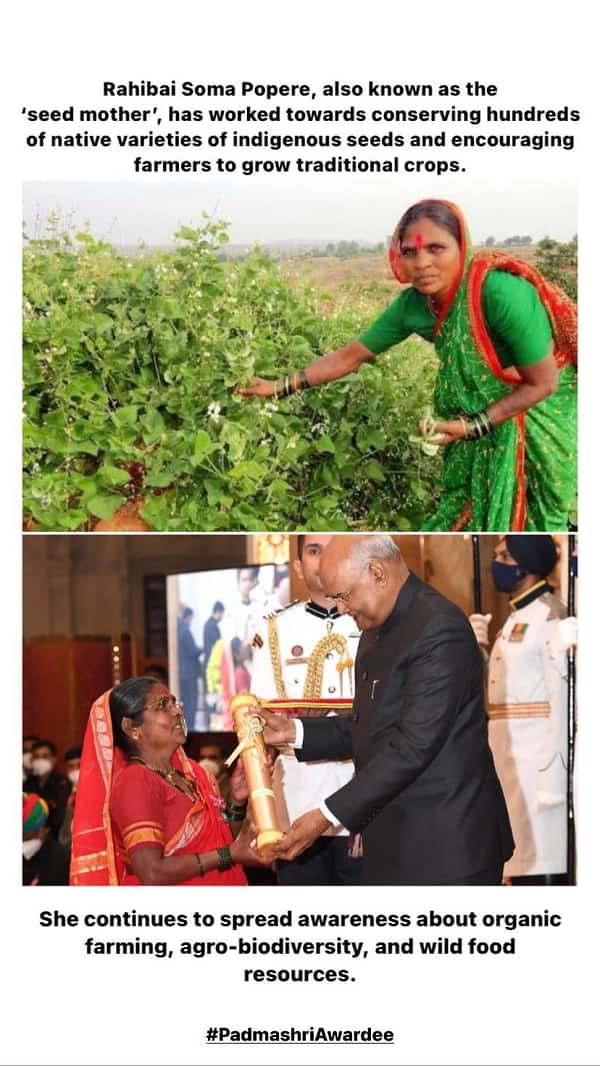 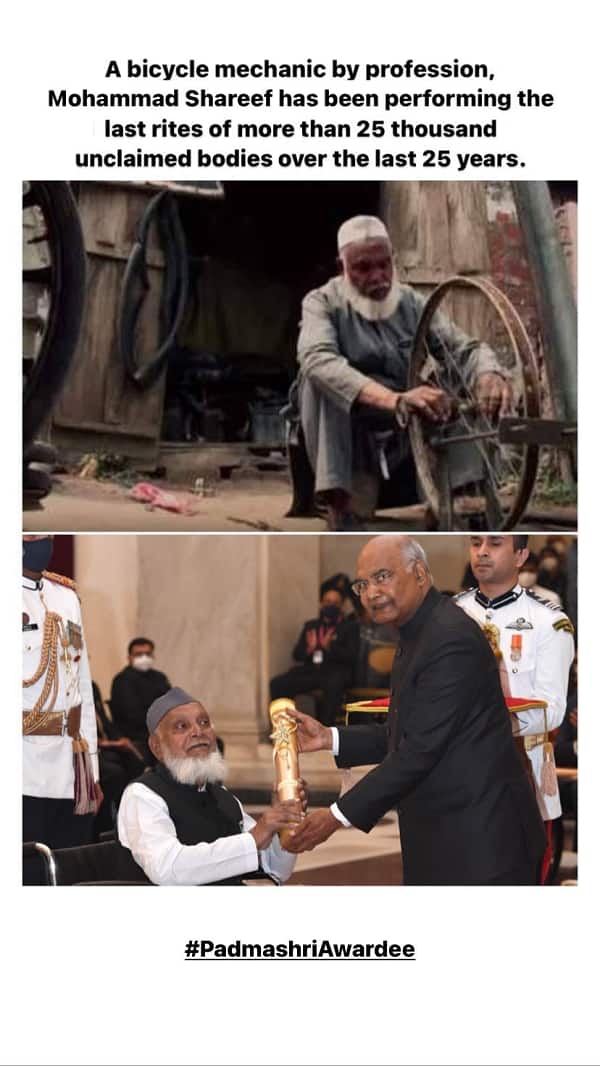 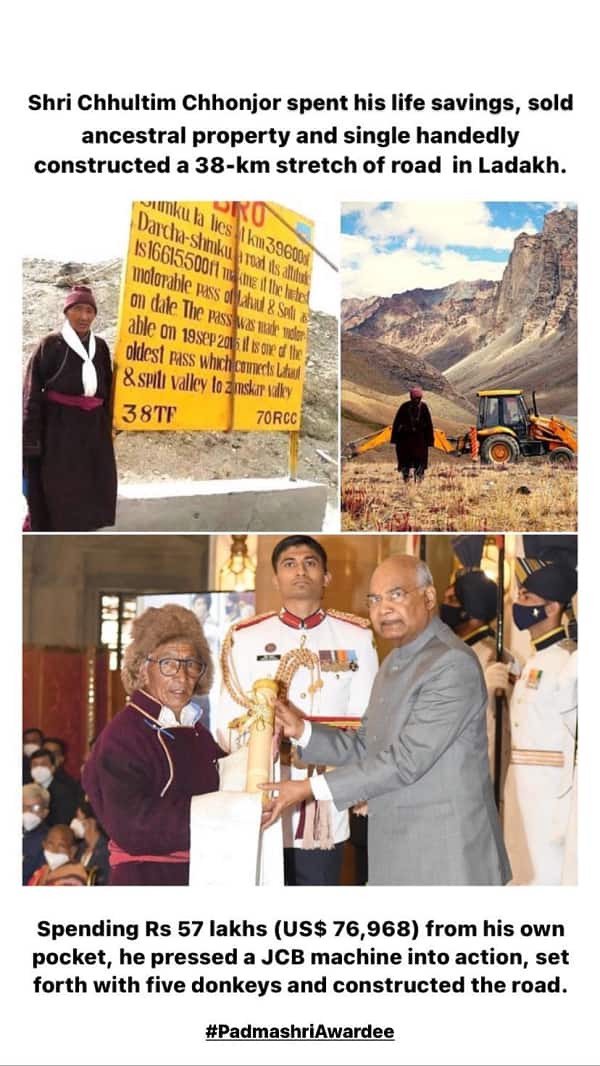 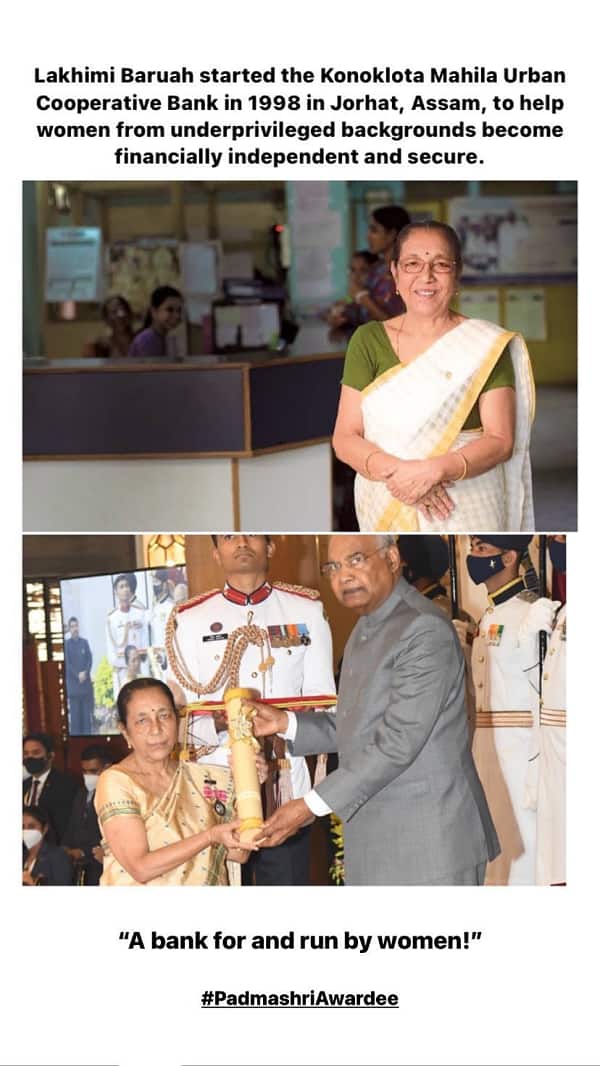 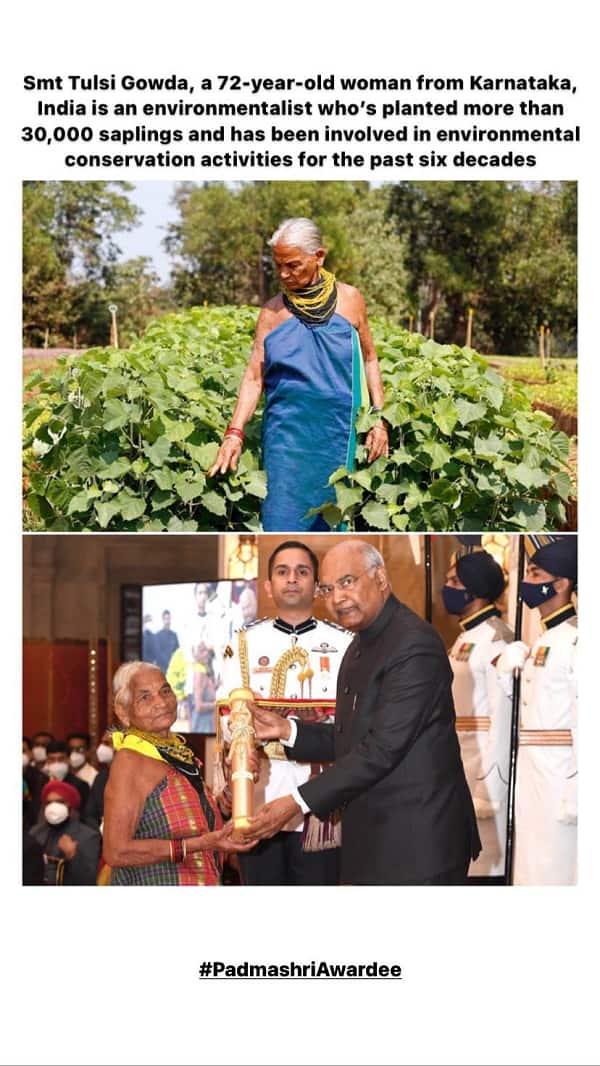 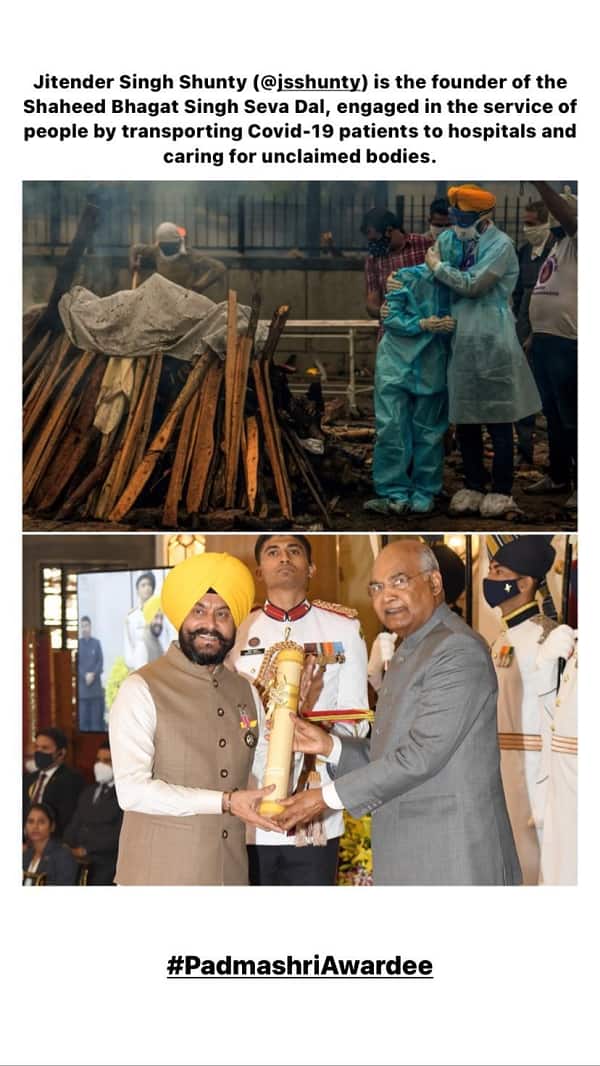 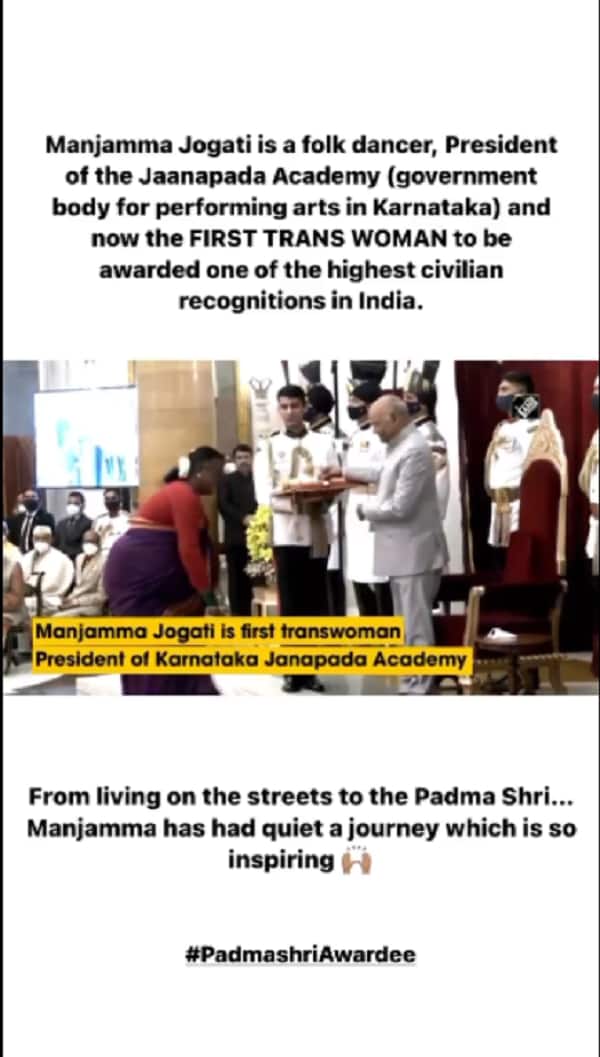 The honoured recipients were presented with the award by President Ram Nath Kovind. For those not in the know, Karan Johar, Ekta Kapoor, Kangana Ranaut and Adnan Sami were honoured with Padma Shri back in January 2020. However, the ceremony was not held due to the ongoing COVID-19 pandemic. The Padma Awards were given at the Rashtrapati Bhavan in Delhi on Monday.