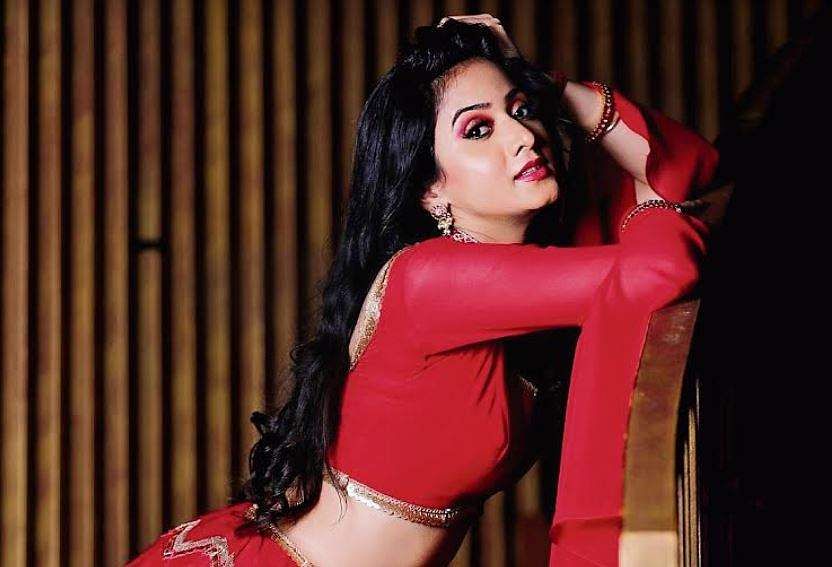 Harshika Poonacha, who is part of Kannada films like Katie, Hagga, and, O Prema, has bagged another project. The actor is thrilled to play a Nagin in director Vishruth Naik’s upcoming period drama, Kaalanagini.

“I am playing a dual role in the film – as a Nagin role and as a queen,” says Harshika, who has also completed shooting for her second Bhojpuri film. The makers recently released a title poster of the film, and have begun shooting the movie. Harshika, who is currently holidaying in Kashmir, will be joining the sets of the film from the next schedule, which will begin on October 21.

“To play the role of a queen and a Nagin in the film excites me a lot, “ says Harshika, who swears by the Nagin role played by the legendary actor Sridevi.

The film, produced by Rakshitha under the Madura Movies banner, will have Manoj Puttur and Harshika in lead roles. Manoj is a theatre artiste, who has worked in various Tulu, Kannada, and Telugu films. Kaalanagini’s cast also consists of Avinash, Sharath Lohitshasva, Ugramm Manju, and Vijay Chendor among others. The film’s music is scored by Nandu and has cinematography handled by DOP Arun Suresh.