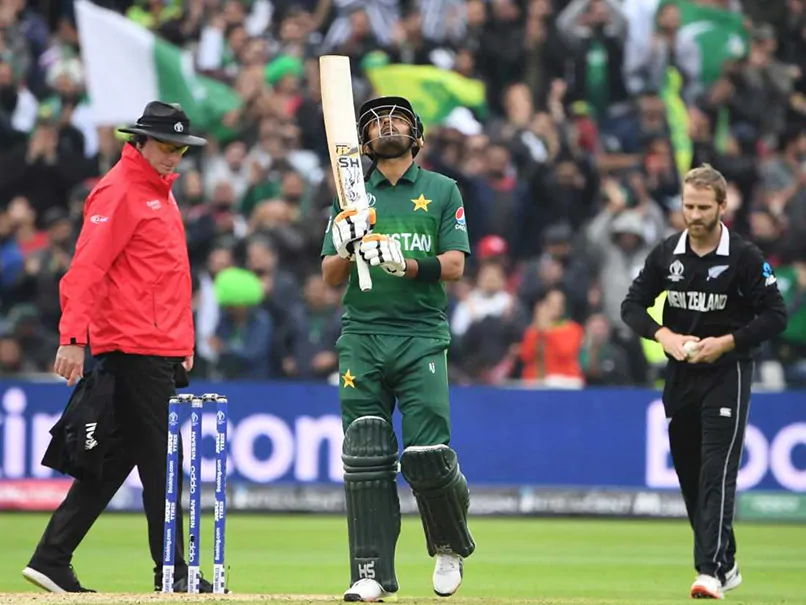 The 19th match of the ICC T20 World Cup 2021 will have New Zealand take on Pakistan at Sharjah Cricket Stadium on Tuesday. Pakistan have made an outstanding start to their campaign, having registered a 10-wicket win over India in their opening game.

With that win, they broke the losing streak against the Men in Blue in the T20 World Cup and won their first match in the history of the perennial tournament.

Babar Azam and Co. were outstanding in all three departments of the game. They reduced India to 6 for 2 inside first three overs, thanks to a sensational opening spell from Shaheen Shah Afridi. Imad Wasim also bowled great lengths in the powerplay to created pressure from the other end.

Shadab Khan kept the batsmen guessing with his guile and turn in the middle overs and never allowed India to change gears. Shadab Khan finished his figures with 1 for 22 in 4 overs, while Imad gave 10 runs in his two overs.

Hasan Ali was the only bowler who proved a little expensive but Haris Rauf’s super death over bowling ensured India manage 151 runs at the end of the first innings. Despite bowling all four overs, Haris Rauf gave away only 25 runs in his four overs, while Shaheen Afridi returned with sensational figures of 3 for 31 in 4 overs.

Pakistan needed a good start to chase down the score successfully and Babar Azam and Mohammad Rizwan gave just that. The duo took a little risk and played the ball to its merit.

They kept rotating the strikes regularly and sent the ball balls to the boundary ropes. The duo stayed unbeaten till the very end and guided the side home in just 17.5 overs. Babar Azam scored 68 off 52 balls, while Rizwan amassed 79 off 55 deliveries.

Facing them are New Zealand, who will play their first game in a super 12 encounter of the ICC T20 World Cup 2021 on Tuesday. If there is one team barring India which can outclass Pakistan in Group 2, then it’s New Zealand.

They have already won one ICC title this year and would be keen to add one more. Their top-four comprise of T20 specialists such as Martin Guptill, Devon Conway and Glenn Phillips. They have arguably the best man to anchor an inning in T20 cricket i.e., their skipper, Kane Williamson.

The lower-middle order, however, doesn’t inspire a lot of confidence and it could be a concern for them. The likes of Jimmy Neesham and Tim Seifert aren’t known for consistent performances.

New Zealand have one of the most formidable bowling attacks. Their pace attack has variety and it should keep them in good stead. Tim Southee and Trent Boult will share the fast bowling duties alongside Lockie Ferguson in the unit. As for the spin, Mitchell Santner and Ish Sodhi will be their main bets.

PAK vs NZ Prediction, Who Will Win The Match Between Pakistan and New Zealand? ICC T20 World Cup 2021 Match No 19

The team winning the toss is likely to bowl first.

Who will score the most runs for Pakistan in the match: Babar Azam or Mohammad Hafeez

Who will pick the most wickets for Pakistan in the match: Shaheen Shah Afridi or Shadab Khan.

Who will score the most runs for New Zealand in the match: Kane Williamson

Who will pick the most wickets for New Zealand in the match: Tim Southee or Trent Boult