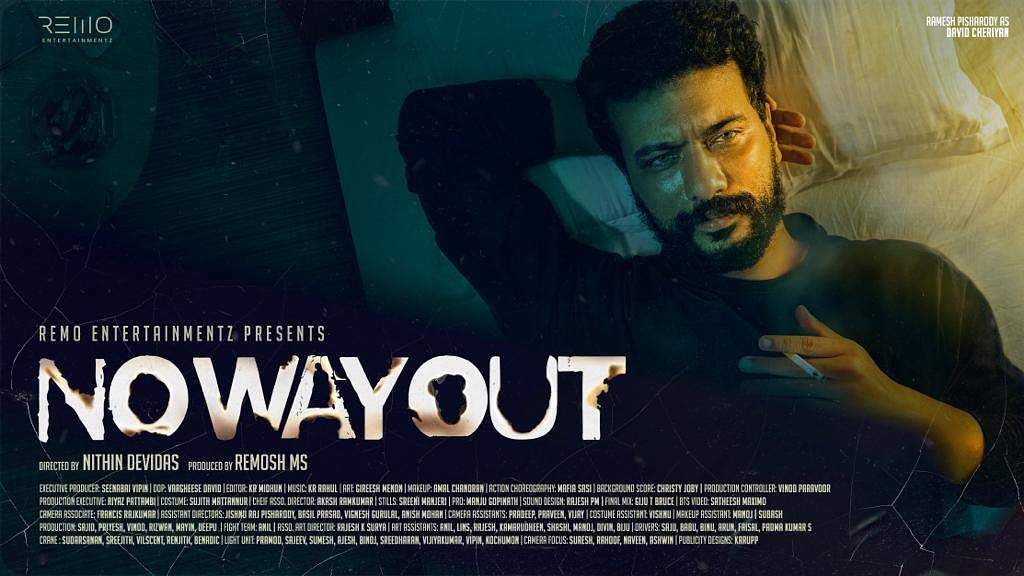 After The Priest, Ramesh Pisharody will be seen again in a non-comic role in debutant Nithin Devidas’ No Way Out, described by the filmmaker as a survival thriller. Shoot for the same has been completed. The team is currently in the middle of post-production, aiming for a theatre release in December.

No Way Out is the latest entry in the ‘limited setting’ category after CU Soon and Sunny. However, as per the filmmaker, the film won’t have a pandemic-centric narrative.

“The majority of the film moves along the survival thriller track save for a few flashbacks,” says Nithin, who promises a “unique treatment” of the subject matter.

Adding further, Nithin tells us that 90-95 per cent of the film will have Ramesh Pisharody occupying the frames. “It primarily focuses on his character with a few other individuals making appearances in flashbacks which are as integral to the narrative as much as anything else,” he says.

Basil Joseph, Raveena (June fame) and Dharmajan Bolgatty are the other cast members in No Way Out. Filming took 17 days.

No Way Out was shot by debutant Varghese David and edited by KR Midhun.

Remosh MS is bankrolling the film under the banner of Remo Entertaintmentz.

In a first of its kind, the team had released a new poster accomodating the credits of every person in the crew, including the tea boy, focus puller and others.

A mass communication graduate, Nithin had previously dabbled in promotional videos and ads for the railways that garnered appreciation from some corners. No Way Out is the culmination of his decade-long attempts to get his first film off the ground.