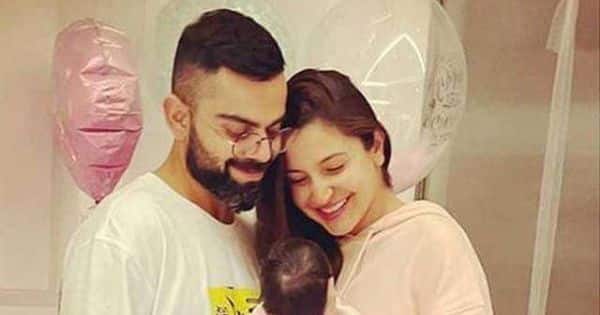 A man from Hyderabad has been arrested for allegedly giving online rape threats to Virat Kohli and Anushka Sharma’s daughter Vamika. According to NDTV, 23-year-old Ramnagesh Srinivas was arrested by a special team of the Mumbai Police this afternoon (November 10). The report said that he is reportedly a software engineer and has reportedly worked for a food delivery app in the past. He is being brought to Mumbai, said the police. Also Read – The cost of soon-to-be married couple Vicky Kaushal and Katrina Kaif’s home will leave your mind blown! Can you guess the price?

The threat came after Virat showed his support to Indian pacer Mohammed Shami after he was abused online by communal trolls. “”There’s a good reason why we are playing on the field and not some bunch of spineless people on social media that have no courage to actually speak to any individual in person. Behind our entities, go after our people through social media and making fun of people. That has become a source of entertainment in today’s world which is so unfortunate and so sad to see because this is literally the lowest level of human potential that one can operate at. That’s how I look at these people,” Virat had said. Also Read – Before Salman Khan’s viral video and trolling, THESE Bollywood celebs were termed as the RUDEST in the film industry – check real life incidents

He had added, “We as individuals understand what we want to do on the field and the strength of character and mental toughness that we have. Precisely, what we are doing on the field and none of them are in the vicinity to even imagine doing something like that. They do not have the courage or spine to do that. So, that is how I see things. All this drama that is created on the outside is purely based on people’s frustrations and their lack of self-confidence, compassion. Hence, they find it so amusing to go after people. So, we as a group, understand how we need to stick together, back individuals and focus on our strengths.” Also Read – Trending Entertainment News Today: KL Rahul makes his relationship with Athiya Shetty official; Mahesh Manjrekar criticizes Shah Rukh Khan and more

There was a lot of uproar on social media after Shami was trolled and also after Vamika received rape threats. Some people also dug up the Anushka Sharma and Virat Kohli’s earlier appeal of not bursting crackers for Diwali.