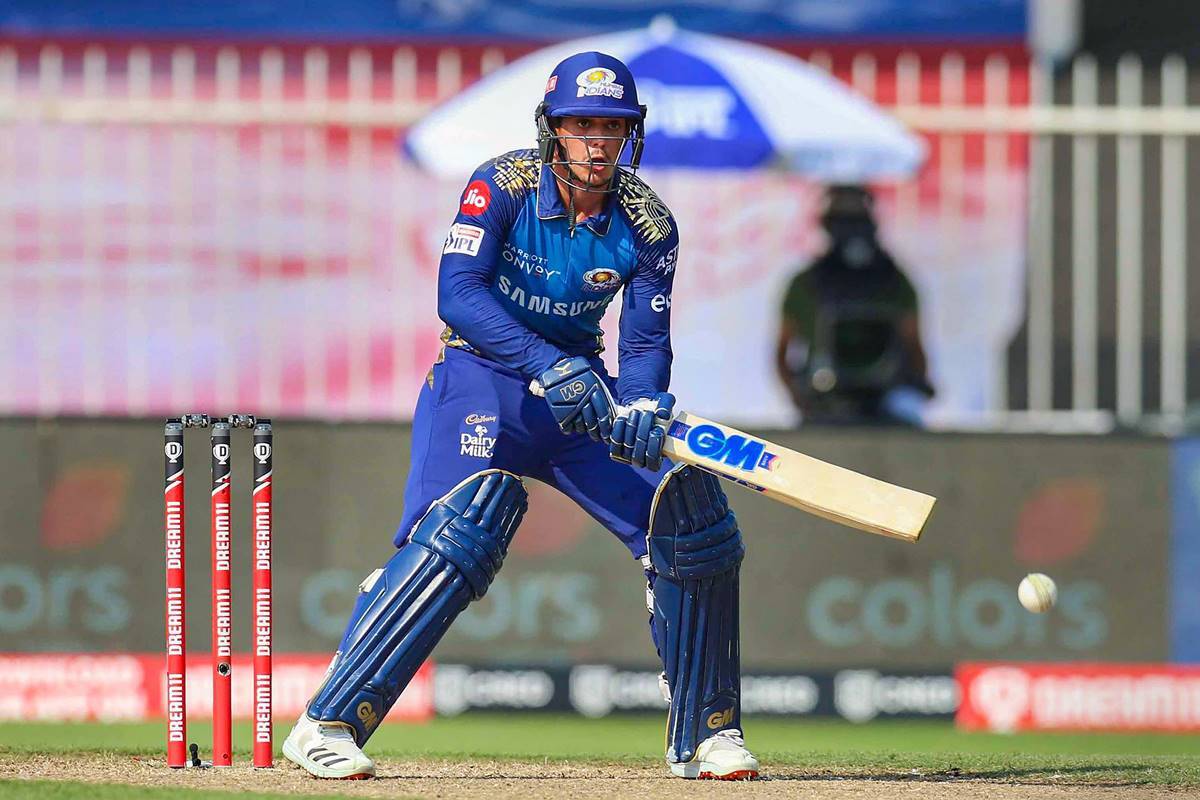 Quinton de Kock’s decision to not take the knee, and subsequently withdraw from South Africa‘s T20 World Cup match versus West Indies, hasn’t gone down well with his IPL franchise, Mumbai Indians, who are now reportedly looking to not retain him in their squad.

The Proteas wicket-keeper decided to not take the knee, the gesture which was told to be made by all players by the CSA board on the morning of the game, and hence he pulled out of the game.

Now, according to a recent report in ‘The Daily Telegraph’, Mumbai Indians aren’t willing to retain him either ahead of the mega-auction.

Unless the left-handed opener changes his decision, he is unlikely to play any further part in the remaining of the World Cup. The paper further added that Quinton de Kock is seen as a bright prospect for Big Bash League.

“The emergence of Australian cricket as a lifeline for the 28-year-old has become even more significant as sources at the IPL revealed de Kock’s Mumbai Indians franchise had taken a dim view of him turning his back on the Black Lives Matter protest and were highly unlikely to retain him on his lucrative contract worth in excess of $500,000,” the report stated.

Quinton de Kock has been a key member of the Mumbai Indians since joining them in 2019. In 43 matches, he has scored 1329 runs for the Rohit Sharma-led side, with 10 fifties and was played a crucial role in their title wins in 2019 and 2020.

However, if MI doesn’t retain him and if other franchises also decide to not bid for the South African, he would be left without an IPL contract. Cricket Victoria CEO Nick Cummins, though, said that BBL would gain much from Quinton de Kock’s availability.

Cricket Victoria CEO Nick Cummins said, “We encourage our players to think about the issues and express their views as they see appropriate. We would certainly be interested in a player of his caliber to come to the BBL. It would be great for the competition.”

South Africa registered their first victory of the tournament – an 8-wicket win over the defending champions – without the services of their talisman opener. They next face Sri Lanka on Saturday in Sharjah.

Also Read: Sunil Gavaskar Reckons Rahul Dravid Applying For The Head Coach Position Is Just A Formality, Feels He Will Win Hands Down