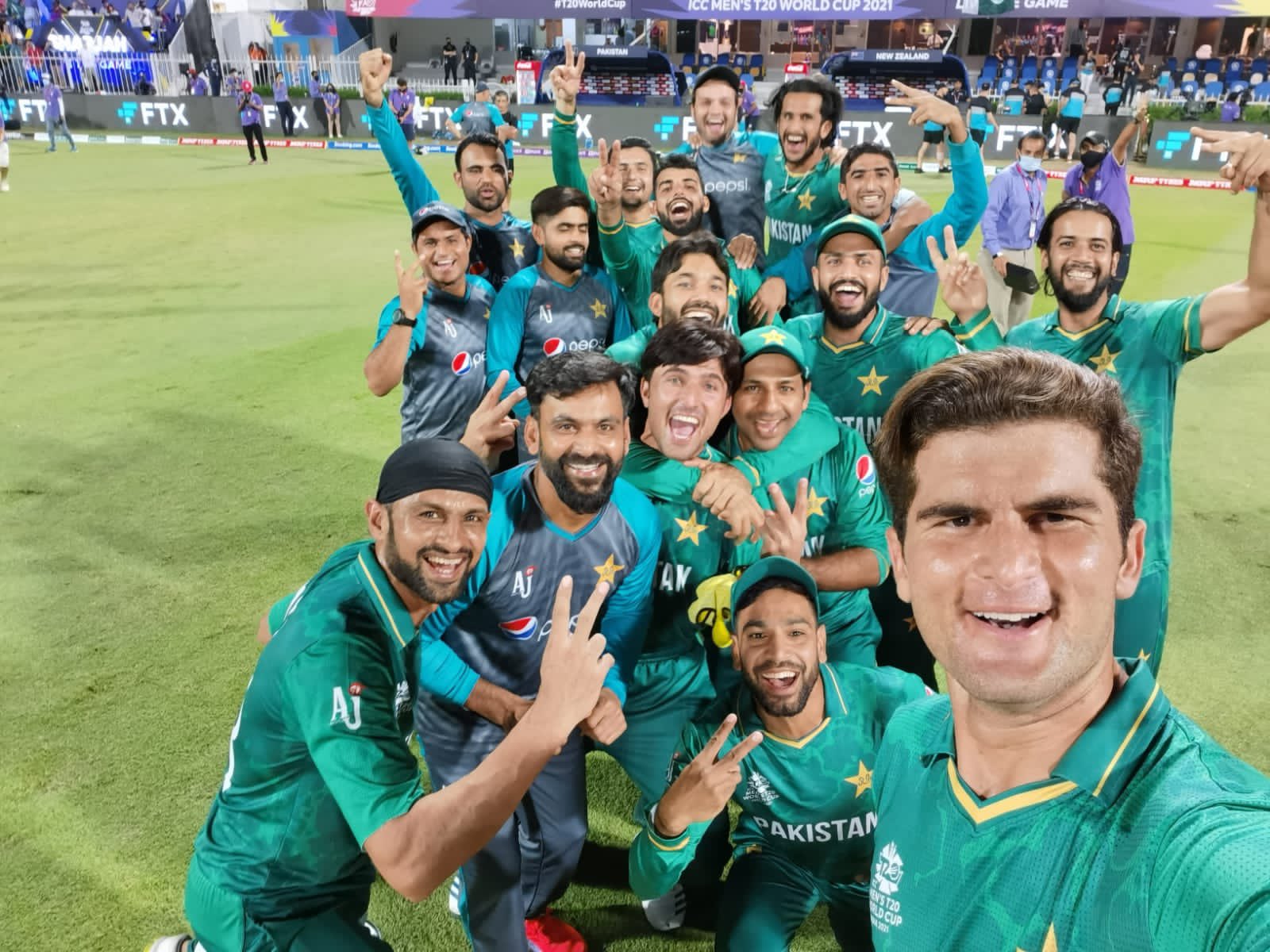 Pakistan triumphed against the Black Caps by five wickets at the Sharjah Cricket Stadium.

After opting to field first, Pakistan pacer Haris Rauf registered his T20I career-best figures of 4/22 to keep Kane Williamson and his men to a lower par score of 134/8 in the first innings.

Hafeez chipped in with the wicket of James Neesham and score 11 off six balls before a spectacular catch by Devon Conway ended his stay at the crease.

However, Pakistan seemed to struggle in their chase at one stage, but some late striking by Asif Ali and veteran player Shoaib Malik ensured they finished the game with eight balls and five wickets to spare.

This win was a must for the Asians as they found a feeling of revenge being completed against New Zealand, who had pulled out of the limited-overs tour of Pakistan, citing security concerns at the very last minute.

Players and fans were very much upset with New Zealand’s abandonment as they were expecting international cricket to return to their country for the first time since the disruption by the COVID-19 pandemic.

Dedicating this win to all security forces of Pakistan: Mohammad Hafeez

Hafeez, who was one of those players who expressed their disappointment when New Zealand pulled out from the tour, took to his official Twitter handle to dedicate their win to the security forces of Pakistan, which could also be seen as a slight dig against the Black Caps.

Pakistan have won their second game in a row after their historic win against India in Dubai.

For the very first time in a World Cup match (both ODIs and T20Is), Pakistan turned out winners against India that also with a heavy win by 10 wickets.