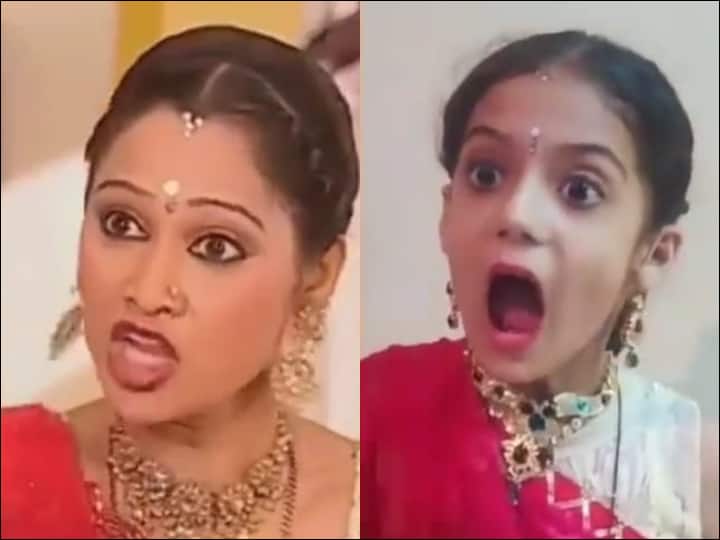 Mumbai: Sony SAB’s ‘Taarak Mehta Ka Ooltah Chashmah’ has been entertaining the viewers since the past thirteen years. At a time when shows go off air within six months, the sitcom has completed over 3000 episodes. The show starring Dilip Joshi enjoys a significant fan following among different age groups as the entire family can watch it together. ‘Taarak Mehta’ is not only ruling the TRP charts but also making waves on social media. Instagram is flooded with reels featuring scenes from ‘TMKOC’.

A nine-year-old girl has created ripples on the internet, courtesy her videos. Suman Puri, who hails from Punjab, has captured the attention of the fans with her Instagram videos wherein she can be seen imitating Dayaben aka Disha Vakani.

In her new video, Suman can be seen enacting a scene where Dayaben is upset with Bhide’s wife. Check out her post!

The talented girl has posted several clips on her official Instagram handle, showcasing her skills. Fans have lauded Puri for nailing Disha Vakani’s expression in her videos. One user called her ‘Choti Dayaben’ while another commented, “Uhh nailed it Little Daya.”

Disha Vakani, who plays the role of Dayaben, has been missing from the show since a long time. She took a maternity leave to spend time with her daughter in 2017. Ardent fans of the show have been eagerly waiting for her comeback. The makers have teased Vakani’s return several times in the past four years; however, things didn’t materialize between the two sides.

Despite Disha’s absence, the show has continued to perform well in terms of ratings. ‘Taark Mehta’, which was launched in 2008, is one of the longest running shows on Indian television. ‘TMKOC’ and ‘Yeh Rishta Kya Kehlata Hai’ are the only two daily soaps, which have achieved the milestone of completing 3000 episodes.